Anything but a victory for Ulster in this one will be a huge shock.

The Irish province have a superb record against Treviso, with 11 wins, one draw and one loss, and with Treviso on a five-match losing run, you would be a brave man to bet on a home victory.

Mark Anscombe has named a very strong side for this outing. Star man Jared Payne is at full-back, with Craig Gilroy and Mike Allen on the wings. Ireland internationals Darren Cave and Luke Marshall again form a very creative and dynamic centre pairing.

World-class Ruan Pienaar leads the side from out-half, with Paddy Jackson away on international duty for Ireland; Paul Marshall partners him at half-back.

In the pack, Tom Court, captain Johann Muller, Robbie Diack and Roger Wilson form the spine of a pack that has looked very complete and rounded over the last number of weeks. They’ve inspired confidence with their set-piece, at the breakdown, and with ball carrying, and you’d back them to continue that sort of form this week.

In Treviso’s line-up there a couple of standout names. Antonio Pavanello is very solid at lock. Manoa Vosawai is probably their most dangerous and attacking forward at openside.

In the 9-15 line up, Fabio Semenzato and Matt Berquist are a formidable halfback pairing. Andrea Pratichetti and Ludovica Nitoglia are excellent wing options, while Alberto Sgarbi offers huge experience from the centre.

It’s not a bad XV, it’s just not that great either. The pack doesn’t look strong enough to bully Ulster’s and the backline doesn’t have the creativity to carve open defences.

All of this, and the fact Ulster have won their last ten matches, points to an away victory. 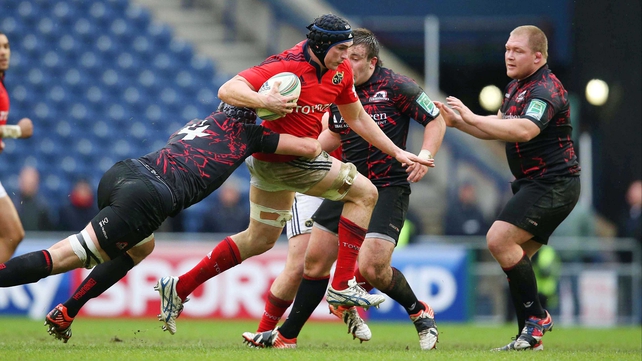 This is the most enticing Pro12 match of the weekend and should be a cracker.

Rob Penney has named a really strong side for the trip to the Liberty. Felix Jones, Andrew Conway and Simon Zebo are exuding confidence in the back three at present, and with the powerful centre pairing of Casey Laulala and James Downey reunited in the centre, you have five players that will cause Ospreys lots of problems.

Ian Keatley replaces JJ Hanrahan at out-half and is partnered by Cathal Sheridan at nine.

Looking across Ospreys pack, I just can’t see them dominating Munster. Joe Bearman is excellent at No 8, and has experience to boot. Duncan Jones is also there to lend ballast and experience at loosehead. But the rest of the pack looks lightweight and too inexperienced to trouble the Munstermen.

Outside the pack it’s a similar story. Ashely Beck and Jonathan Spratt are a good centre pairing, and Aisea Natogo is dangerous on the right wing. But the likes of Tom Habberfield at scrumhalf, Jeff Hassler on the left wing and Sam Davies at full-back are going to be fully tested by much more experienced opposite numbers. They’ll get done enough times in this match to ensure Munster claim another victory and return to the top of the table.

But, with Ryan Jones, Tito Tebaldi, Hanno Dirksen and Richard Fussell all named on the bench, this won’t be a runway victory and Ospreys are likely to finish strong, meaning the first half will be all important for Munster in establishing a stranglehold.

That said, with Dave Kilcoyne, Stephen Archer, Donncha O’Callaghan, CJ Stander, JJ Hanrahan and Denis Hurley on the bench for Munster, one might still retain confidence the Irish team will get the job done. 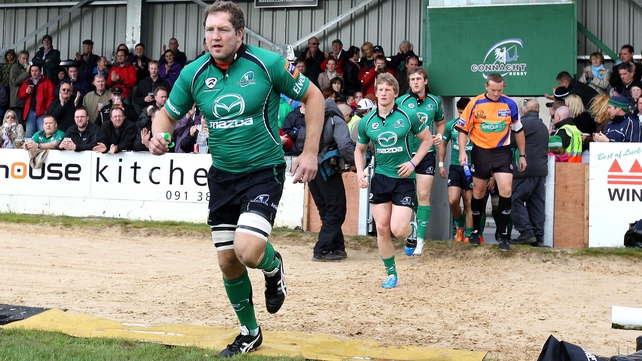 Connacht have an excellent record against Zebre, winning their last seven matches against the Italians, three of those coming this season.

Pat Lam’s team have also been in decent form over the last few weeks. They deservedly beat Edinburgh last week, and ever so narrowly went down to Glasgow the week before. They have form coming into this one, and that extra confidence will be crucial.

The sides are the bottom two in the table and this gives the tie all the more significance as they both look to edge away from the basement slots.

Michael Swift and Mick Kearney give Connacht an edge in the second row over Michael van Vuren and George Biagi.

In the back row, Andrew Browne and John Muldoon will be tasked with easing youngster Eoghan Masterson through the tie. Dries van Schalk and Samuela Newa Vunisa are very difficult opponents and will test Masterson fully.

Connacht also look to narrowly have the edge on Zebre out back. Kierman Marmion and Dan Parks form a very strong halfback pairing. David McSharry and Eoin Griffin are beginning to look formidable in the centre together and Fionn Carr provides the danger on the left wing.

Zebre have debutant Troy Nathan at outhalf and attacking talent in the form of Kameli Ratuvou and Giovanbattista Venditti.

However, with ten players away on international duty, Connacht will target this as a must-win.

Verdict: Connacht to win by five.