The majority of focus in European national rugby is on the powerhouse Six Nations countries. In fact, let’s face it, almost all of the focus.

But the sport is played continent-wide, including in Finland, where Englishman Stephen Whittaker is technical director of Finland Rugby, and team manager for the men’s national side, who happen to be the lowest-ranked team in world rugby at 101st in the International Rugby Board rankings, just below Mauritius.

The Finnish play in the European Nations Cup Division 2D, and striving to get the team up the divisions, and rankings, is Whittaker’s passion.

“This is completely voluntary work”, he says. “Which is starting to take up more time than my actual job as a chef does.

“We’re trying to get an employed person working for the union, but it’s baby steps at the moment.

“In terms of playing level for the men’s national team, we probably think we could get up to the next level, and do well there." 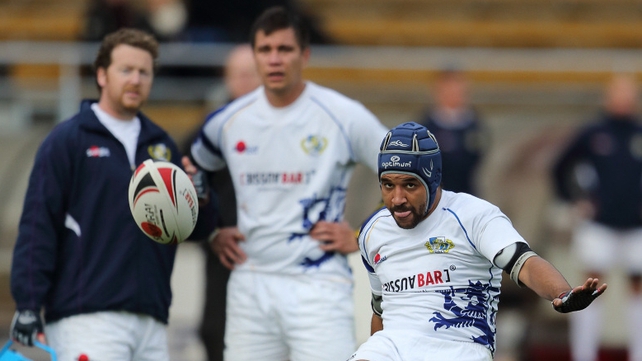 Whittaker, who moved to the Nordic country over a decade ago, and amassed 29 international appearances and two tries at blindside flanker before retiring from playing, describes the rugby landscape as "challenging", due to the fact the sport is often overlooked at underage level.

“In England, Ireland and France, people grow up with the sport from the age of five. Whereas here people only start playing at 18, 19,” he laments.

“It’s not played in schools; we’re starting to get tag rugby into schools, and the carrot with that is that you get to do full-contact rugby with the clubs. That’s the curb we’ve got to get over at the moment: getting kids into clubs.”

However, Whittaker says there has been a marked improvement in the amount of homegrown talent playing the sport.

“A lot of expats play, but now a lot of Finns play. There are a lot of French, Australians, Kiwis, English and Irish. When I started playing there were probably 90% expats and 10% Finns; I’d say it’s probably the other way around now," he says.

The goal for the team is to win Division 2D and go up a division. Their obstacles to doing that are Bosnia and Herzegovina, Greece, Luxembourg and Norway. The division winner gets promoted automatically, and the runner-up goes into a play-off. 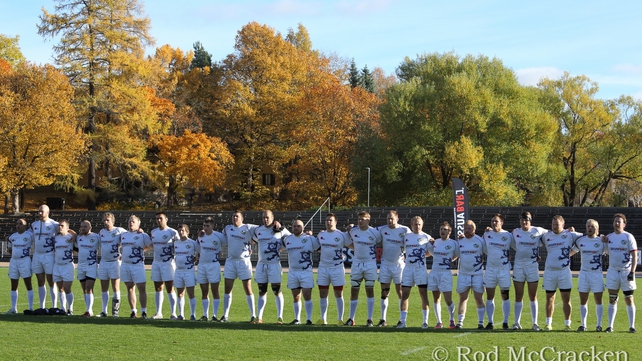 And despite being bottom of the division, Whittaker, in the stoic fashion of all coaches and managers, believes promotion is possible this term.

“We’re on the bottom and Luxembourg are on the top, but there’s only five points separating top and bottom. And there’s two games left for each country. So, it’s highly possible,” he adds.

As the IRB attempts to grow the game globally, the major questions for countries like Finland are what is the future? Where to next? And how can the game grow?

While more finances would be ideal, much like in Russia, the weather is perhaps the biggest obstruction to the sport developing in the country.

“A lot people will say ‘money will solve everything’, as players have to pay their own fees when they play for the national team," he says.

"So, we’ve got to cram enough games into that period to make it worthwhile. But it’s hard. And there’s not much you can do in the winter when it’s -20 degrees and frozen.

“Essentially, we’re a summer sport. Our national women’s sevens team are doing well, so they play four or five tournaments in the winter.

“But again, that's indoors on astroturf.

“The problem I have is when I go to FIRA (The European Rugby Union) to organise the next season’s games, Luxembourg and Greece will always want to play in February or November, but that’s just impossible. And they’ll push, and they’ll push, but it’ll be six foot of snow and -20 degrees, so it's not possible to play then.”

Positively, the IRB is helping with training and education, linking every lower-tier nation with a top-tier nation, and the board has partnered Finland with the Irish Rugby Football Union.

“They’ll send people over. We’ll identify where we need help and the IRFU will send somebody over.

"We just had Derek Maybury [Leinster coach development officer for the midlands area] over who was helping us with schools. How to plan sessions, and get the most out of it.

Despite Finland's ranking right at the foot of the IRB table, Whittaker doesn't feel that being the 101st team in the world is such a bad thing.

"We've dwelled on being last for so long," he says.

"But everyone remembers who is top of the pile, no one really knows who is in the middle, and everyone knows the worst in the world.

"We can use this in marketing our team, as anyone that gets involved with Finnish rugby is taking on a journey with us, a journey off the bottom of the heap."

Stephen Whittaker was in conversation with RTÉ Sport's Tadhg Peavoy on 13 February 2014.

And to find out more about rugby in Finland in general, log on here: http://rugby.fi/