Connacht are rooted to the bottom of the Pro12 table going into this one, and with the team above them, Zebre, hosting Leinster this weekend, they know a win is likely to lift them above their Italian rivals.

However, a trip to Glasgow is never easy, and this one is likely to be no exception.

The lifeline for the Westerners is that the Scots are shorn of their international stars.

If those players were in the Glasgow squad you’d fancy them to record a handy enough victory over Pat Lam’s team. But they aren’t available.

Instead head coach Gregor Townsend brings in debutants on the wing in Rory Jones and Lee Hughes. Richie Vernon starts his first game for Glasgow at centre.

They are boosted by the return from international duty of Pat MacArthur at hooker and Ruaridh Jackson at out-half; however, to bolster the Warriors in two key positions. Henry Pyrgos’ steady hand, meanwhile, will guide the Scottish team from No 9.

The pack also has a trio of key men in the form of Ed Kalman, Rob Harley and Josh Strauss.

Connacht will also start the tie with plenty of talent in their own XV.

Robbie Henshaw, Matt Healy and Fionn Carr form an electric back three, while Craig Ronaldson and Eoin Griffin offer stability in the centre. Kieran Marmion is named at nine, while outside him Jack Carty makes only his third start of the season at out-half.

Admittedly, however, Craig Clarke, Nathan White, Sean Henry and Brett Wilkinson are all unavailable for Connacht, and those missing players could hit Connacht hard.

Glasgow are the overwhelming favourites going into this tie, and the fact that Connacht have only won twice in the Pro12 this season hardly fills anyone with confidence. But, they did secure an away victory at Edinburgh last April, and Glasgow’s depleted squad makes them a target.

In addition, the strength of being able to call upon Dan Parks and Michael Swift on the bench is invaluable. If things go well for Connacht in the first half they may just pull off the shock of the weekend.

Verdict: Connacht to win by two. 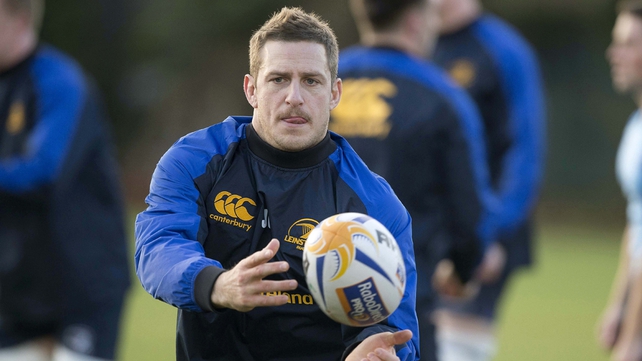 The Leinster side for the trip to Zebre has a youthful feel about it. With 13 of the squad away on international duty, this is not by choice, but out of necessity.

For the likes of Sam Coughlan-Murray and Tadhg Furlong, this is their chance to shine and show head coach Matt O’Connor what they’ve got.

But there is plenty of experience in this side too. Springbok Zane Kirchner starts at 15, and his experience will be invaluable in guiding Leinster through this tricky away assignment.

In the rest of the backline Brendan Macken, Noel Reid and John Cooney all have the potential to be huge stars and they will be massively fired up for this tie.

Despite the list of international absentees, the pack is jammed with talent. Leo Cullen, Mike McCarthy, Kevin McLaughlin, Shane Jennings and Jordi Murphy all start.

The only potential area of weakness is the front row where Michael Bent and Aaron Dundon are named alongside Furlong.

Zebre have just two victories to their credit so far this season, and lie second from bottom in the table. They have some threats in the side in the form of Kameli Ratuvou at inside centre, Bredan Leonard at scrum-half and Samuela Newa Vunisa at No 8; however, Leinster are the heavy favourites coming into this one.

The Italians will target the scrum, and also try to dominate the forward battle, but it will take a five-star performance to hand Leinster their first defeat against Italian opposition since 2010.

Verdict: Leinster to win by 20.

Munster’s home form this season has been nothing short of outstanding: played nine, won nine.

That home form has been the rock from which their very promising start to the season has been founded, and the side they are putting out this weekend looks every bit as capable of claiming victory number ten.

JJ Hanrahan has looked the real deal at No 10 this season and this is yet another chance for him to show his wares. It's Zebo’s first game back from injury, and the rugby public will be keen to see the prodigious talent return to action.

In the pack, Dave Kilcoyne, Donncha O’Callaghan and James Coughlan provide the spine, and the hugely promising CJ Stander starts at openside flanker.

Cardiff’s starting XV doesn’t have the same sense of power about it, and they face a very difficult day out in Limerick.

In the backline, Gavin Evans is the main man at second centre. His experience will be vital as his team aim to pull off an upset, while alongside him winger Chris Czekaj will also be a danger to Munster. His match-up with Gerhard van den Heever will be an interesting one.

At scrum-half, Lloyd Williams is a very skilful player and will also be a threat.

Up front, Robin Copeland – who will play for Munster from the start of next season – is having a remarkable season and will relish the chance to play in front of his future fans. Filo Paulo and Benoit Bourrust are the core of the Cardiff tight five.

It’s likely to be a very physical, confrontational encounter; however, with Gethin Jenkins, Sam Warburton, Alex Cuthbert and Leigh Halfpenny away with Wales on international duty, it’s unlikely Cardiff will have enough to pull off an away win.

Verdict: Munster to win by 16.

Live web-only video streaming of Zebre v Leinster from 16:25 on Sunday 9 February on RTÉ.ie (Ireland only).