With 13 Leinster players named in the Ireland squad to face Wales in the Six Nations tomorrow, Leinster coach Matt O'Connor has had to shuffle his deck for their RaboDirect PRO12 trip to Zebre (5pm Irish time).

O'Connor also welcomes back the experienced duo of Mike McCarthy and Jordi Murphy who were released from the Irish set up and are also named in the starting 15.

With Zane Kirchner switched from the right wing to full-back, Darragh Fanning comes in for only his seventh Leinster cap after a number of impressive performances for the Leinster 'A' team, while the aforementioned Coghlan-Murray takes his place on the opposite wing.

Brendan Macken gets a chance to impress at 13 with Noel Reid beside him in the centre, while John Cooney and Jimmy Gopperth are selected at 9 and 10 respectively with Gopperth only two points short of 150 career points for Leinster.

In the pack only Jordi Murphy is retained from the side that beat Connacht 8-16 in the Sportsground with Kevin McLaughlin and Shane Jennings also in the back row.

Michael Bent, Aaron Dundon and Tadhg Furlong pack down in the front row with the experienced duo of captain Leo Cullen and Mike McCarthy behind them.

Connacht much changed for Warriors clash 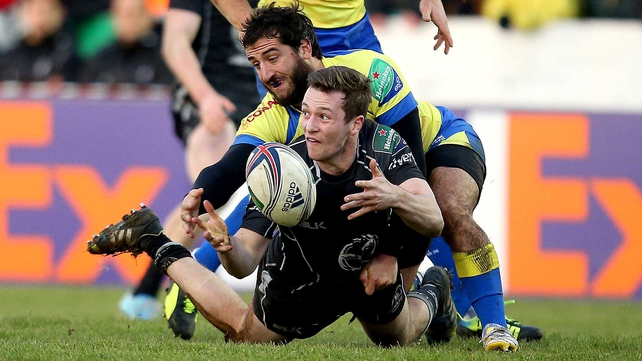 Connacht have named a much changed side to face Glasgow Warriors in Sunday's clash at Scotstoun Stadium (2pm).

Out-half Jack Carty has been handed his third start of the season by head coach Pat Lam and the 21-year-old will play alongside scrum-half Kieran Marmion who earned his first Ireland Wolfhounds cap in the victory over England Saxons during the break.

Craig Ronaldson returns from injury to partner Galway-born Eoin Griffin in the centre while Ireland international Robbie Henshaw has been released back to his province to start at full-back this week in place of the injured Gavin Duffy.

Fionn Carr starts on the right wing for his 100th league game while Connacht's joint top try scorer of the season (with Marmion) Matt Healy is named on the left.

Up front, Roscommon-born prop Denis Buckley secures his first start of the season in an all new front row with Rodney Ah You and Jason Harris-Wright.

Andrew Browne moves into the second row to partner the incoming Mick Kearney. John Muldoon captains the side from a back row berth with Jake Heenan and George Naoupu.

Coughlan to skipper Munster against Blues 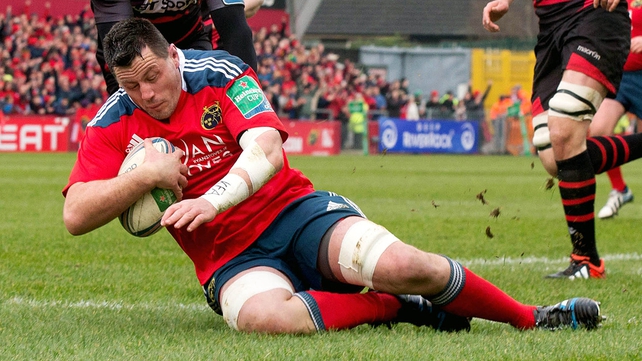 James Coughlan will captain Munster side in their encounter Cardiff Blues at Thomond Park on Saturday evening (7.15pm).

Overall, the side shows nine changes from the one that beat Edinburgh three weeks ago.

In the first game since it was confirmed that head coach Rob Penney and backs coach Simon Mannix will leave Munster at the end of the season, Simon Zebo will be looking to impress Ireland boss Joe Schmidt when he makes his first start since injuring his foot in October.

Zebo will play at full-back, with Johne Murphy keeping his place on the left wing. Denis Hurley partners Casey Laulala in the centre, and Duncan Williams and JJ Hanrahan are the half-backs.

In the pack, Dave Kilcoyne, Duncan Casey and Stephen Archer make up the front row with Donncha O'Callaghan and Dave Foley in the second row.

Coughlan and O'Mahony are joined in the back row by CJ Stander. 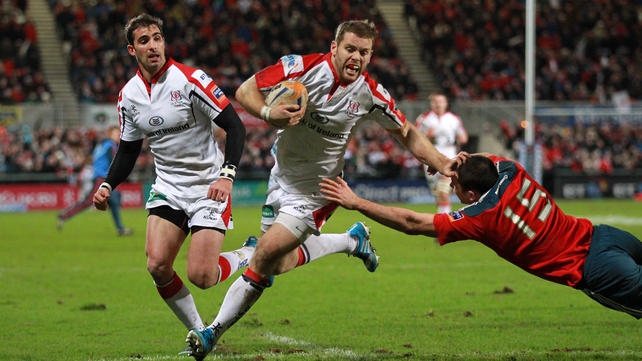 Darren Cave will start at inside-centre for Ulster in the RaboDirect PRO12 match against Ospreys at Ravenhill tonight, kick off 7:35pm.

Cave, who played at No. 12 for the Irish Wolfhounds in the victory over England Saxons at Kingsholm last week, will be partnered in midfield by Jared Payne who switches from full-back to outside-centre.

In the back three, Ricky Andrew starts at full-back, Craig Gilroy, who also represented the Wolfhounds, is selected on the left wing and Michael Allen returns to the starting XV on the right.

With Paddy Jackson on international duty, James McKinney is named at out-half where he will start alongside Ruan Pienaar.

In the pack, Tom Court joins Rob Herring, and John Afoa in the front row, Johann Muller partners Lewis Stevenson in the second row and Robbie Diack, Sean Doyle and Roger Wilson form the back row.

Iain Henderson and Luke Marshall have been released by Ireland and are named on the bench. Ireland under20s fullback, Rory Scholes, is also named as a substitute and is in line to make his PRO12 debut if called upon.

Live web-only video streaming of Zebre v Leinster from 16:25 on Sunday 9 February on RTÉ.ie (Ireland only). 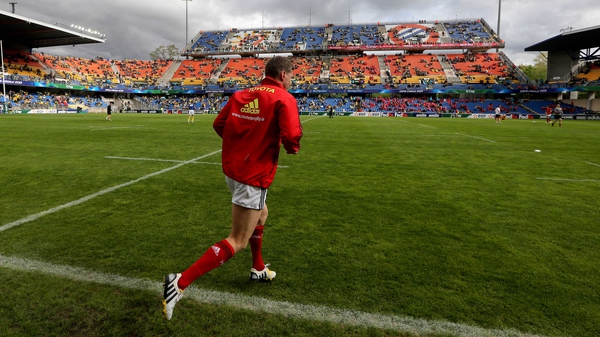 Ronan O'Gara rules himself out of Munster job Rugby