Ireland captain Paul O'Connell has signed a new two-year contract with the IRFU, which will see him remain at Munster until at least June 2016.

"I am delighted to sign a new IRFU contract and to continue playing with Munster for the next two seasons,” said the 34-year-old.

“Over the years I have been privileged to play in many fantastic Munster sides and, as we build for the future, I am excited by the prospect of playing my part in achieving success with Munster and Ireland in the coming seasons.”

Reds boss Rob Penney echoed the lock’s delight, saying: “Paul has contributed so much to Munster Rugby over the years and remains one of the best second rows in world rugby.

“His experience and leadership will play a key role in the future development of this young Munster squad.”

"Paul is one of Ireland's greatest ever rugby players and his contribution to the success of Irish rugby over the past decade has been immense,” said IRFU CEO Philip Browne.

“ We are delighted that the Irish captain has committed his future to Munster and Ireland for the next two years.”

He has won 88 caps for Ireland and was named captain during the 2013 Guinness Series.

O'Connell has toured three times with the British & Irish Lions ('05, '09, '13), captaining the tourists on the 2009 tour of South Africa and playing in the first two Tests of the successful 2013 tour of Australia. 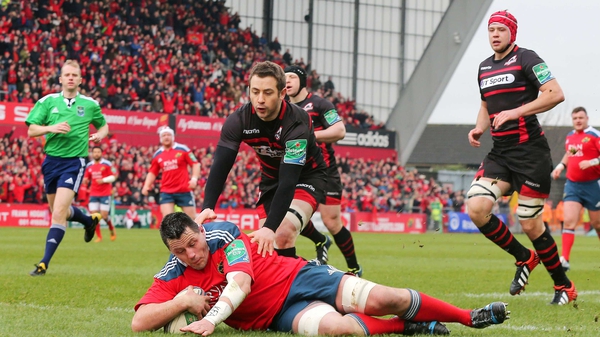