Former Heineken Cup winners Ulster and Leicester will battle it out for a prized quarter-final home tie at 6pm (live RTÉ Radio 1) after booking their places in the tournament's knockout phase.

Ulster head to Welford Road holding a two-point advantage over the Tigers as Pool Five leaders, and they know that victory would guarantee progression as top seeds.

A Leicester win, though, would see them finish top - unless their opponents collect two bonus points - and send Ulster on their travels in the last-eight.

"They are the English champions, they have a great track record in both their own league and the Heineken Cup, so it's going to be a tough task," Ulster head coach Mark Anscombe said.

"The fact is, if you are going to win the Heineken Cup - or even be a contender - you have to win big games in daunting grounds like Welford Road. You cannot win the competition just playing at home.

"We need to make sure that we get the details right, but we need to be excited by the challenge of what is in front of us.

"The media will blow it up and it's a big game. We need to realise that the challenge in front of us is daunting, but it's a challenge that we are more than capable of handling." 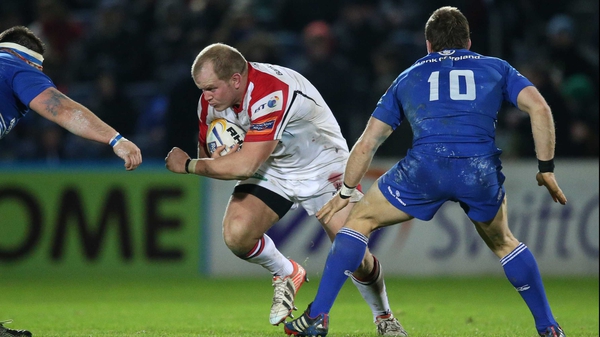