James Cronin, John Ryan and Cathal Sheridan have all signed two-year contracts with Munster Rugby and the IRFU that will see them stay with the province until at least June 2016.

25-year-old scrum-half Sheridan moved to the senior set-up at the start of season 2012/13 after completing two years in the Munster academy, and he made his league debut in February 2013 against Edinburgh in Musgrave Park.

Prop Ryan, 25, claimed his 20th cap for Munster against Ulster on Friday night.

Fellow prop and Cork man James Cronin, 23, has played in 14 games this season, scoring three tries and made his Heineken Cup debut against Edinburgh in Murrayfield in October.

Head coach Rob Penney said: "It's great to have these young guys commit their talent and future to Munster.

"It just shows once again the hard work that is being done at grass-roots and underage level for guys of this level to break through and it's a good thing for the province.”

Live television coverage of Ulster v Munster from 19:00 on Friday 3 January on RTÉ Two and RTÉ.ie (Ireland only). 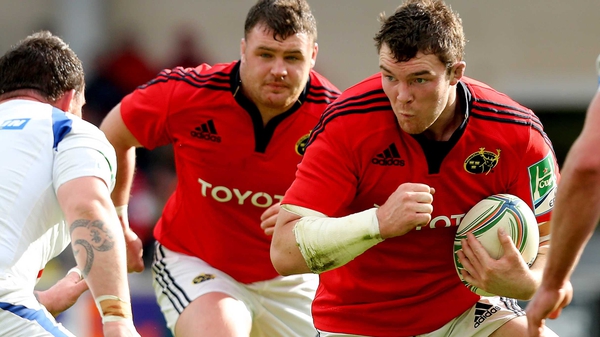