Their maul and set-pieces have been hugely effective as platforms for attack, with the pack gelling exceptionally well over the last month.

And in combination with that dogged effectiveness, the backline have been retaining the ball to superb effect, with snipes, offloads out of the tackle, and taking the ball at pace the order of the day.

JJ Hanrahan retains his place at outhalf today, following his superb display against Scarlets last week, which was the clearest indication yet that he is now a very real contender to be first choice at No 10 for the southerners. 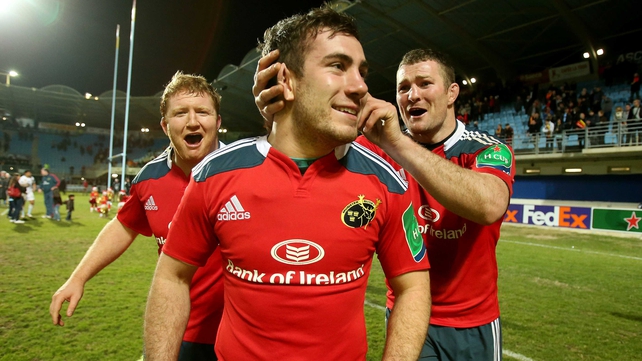 With Felix Jones, Keith Earls, Johne Murphy, James Downey, Donncha O’Callaghan and James Coughlan all coming back in, this Munster side is peppered with first teamers, and will be clear favourites to secure four points for the home side.

However, Connacht themselves have had some form in December too. They come to Thomond Park following a famous away win over Toulouse, and a last-gasp home win over Dragons sandwiching a chastening home defeat to the aforementioned French side.

Pat Lam - like Penney for Munster - has selected lots of big guns for the derby. Gavin Duffy, Fionn Carr and Matt Healy form a strong back three, while one of the season’s biggest stars thus far, Robbie Henshaw, lines out at second centre. With the metronomic Dan Parks at outhalf, Connacht’s back division looks primed.

Likewise up front there is strength in depth. Jason Harris-Wright starts at hooker, with Mick Kearney and Craig Clarke in the engine room. In the back row, John Muldoon will prove critical to his team’s chances playing at openside flanker, while Eoin McKeon will lend dynamism from number eight.

Connacht’s scrum and breakdown play has also been solid recently, and can in large part explain their decent results over the last month.

In another shadowing of Munster’s form their outhalf, Parks, has been displaying his ability to spread the ball, while also kicking out of hand at the correct times, and having an eye for goal when needed. 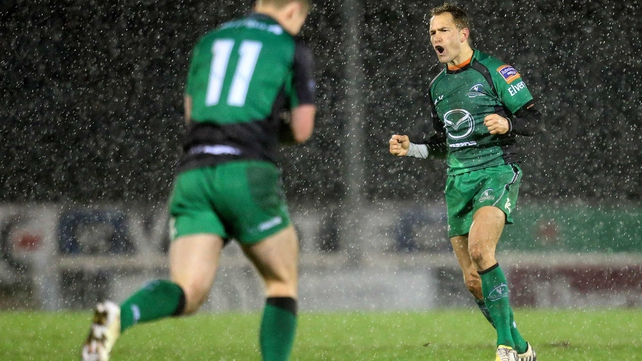 Wingers Fionn Carr and Matt Healy have also looked dangerous in attack, and solid in defence, with Henshaw supplying the playmaking from the centre of the park.

It all sets itself up to be something of a humdinger. That said, an away trip to Thomond for a derby clash is as tough an assignment as any Irish province can get.

While Connacht are developing at a fine rate of late, I feel the home team will have too much for them on this occasion, but not by much.