Fiona Coghlan has been named as The Irish Times Irish Sports Council Sportswoman of the Year 2013.

Coghlan captained Ireland to their first Six Nations Championship this year, in the process claiming a Grand Slam.

The loose-head prop was presented with her award at a gala event in Dublin where 76-year-old former racing driver Rosemary Smith was honoured with a Lifetime Achievement Award in recognition of her place as a pioneer in Irish sport.

But Coghlan’s historic achievement in leading the Irish team to its first-ever Six Nations Championship, including their first ever win against England, stood out on the 2013 sporting calendar.

Editor of The Irish Times, Kevin O’Sullivan, said: "Fiona’s win is a great boost for women’s rugby and participation in a game that up to a few years ago had to fight for any profile.

"I cast my mind back to a freezing and wet afternoon in Milan last March when the Irish team sealed the Grand Slam with as much bravery and resilience as you are likely to witness on a football pitch.

"Some of the players were close to hypothermia after the game, which just underlines the huge desire shown by Fiona and her team mates.

"These awards continue to thrive because our leading sportswomen continue to raise the bar and nobody raised it higher in 2013 than Fiona Coghlan." 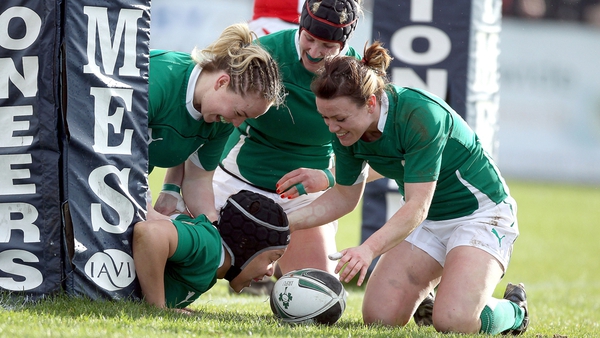