Edinburgh v Leinster, Murrayfield, Friday 7.35pm
This weekend will be all about restoring pride for Leinster in tandem with silencing their critics.

A fortnight ago Matt O’Connor's team devoured Northampton Saints away from home, only to come unstuck against the same opposition last Saturday at Aviva Stadium.

In the first game against Saints, everything went right for Leinster: they were clinical, had rock solid set pieces, dominated the breakdown, and were sublime in terms of their creative spark.

But they couldn't get the same results last Saturday as Saints came in furious form, determined to gain revenge for their timid display at Franklin’s Gardens.

Two tries to none proved the difference as Saints came home 18-9. But the statistics show a far different pattern to the game.

Leinster, in fact, dominated large portions of the tie.

The Irish side managed 121 carries to Saints’ 83; beat 20 defenders to Saints 14, had eight clean break as opposed to Saints’ seven, and managed 150 passes to Saints’ 91. In addition they offloaded eight times, Saints only did four times, and the home side conceded 15 turnovers to the English side’s 17.

Of course the traditional retort is to say: "Stats are meaningless, it’s all about the score on the board."

And while that is true, the statistics reveal how close Leinster were to getting it right last week and maintaining their 100% record in the Heineken Cup this season.

This Friday against Edinburgh, Leinster will need to improve two things from last week to secure four points.

Firstly, they need to bring back the intensity they displayed in the first clash with Saints. They were caught cold early on by their English opposition last Saturday, and that put them in a position of playing catch-up with a side who were adamant they wanted revenge.

Secondly, their composure in the final third has to be better. Poor passes, dropped catches, wrong lines of running and inadequate support off each other’s shoulders were all elements to Leinster's game last time out.

This Friday they face an Edinburgh side buoyed by an away victory over Gloucester in the Heineken Cup.

The fact that Edinburgh are unbeaten at Murrayfield since April means that they will provide a very tough encounter for Leinster.

The home side also have Greig Laidlaw, Nick de Luca and David Denton all coming into the side, which strengthens them.

But Leinster too have fresh legs, with Isaac Boss, Zane Kirchner, Noel Reid and Darragh Fanning all down to start in the backline.

The Leinster pack has seven new faces from last time out as O’Connor has clearly decided some rest and recuperation is needed for some of his front-line players. Only Shane Jennings is retained at openside.

All that change shouldn't unsettle Leinster too much, as the squad is hugely interchangeable and has a deep understanding of each other.

If Leinster get their composure and intensity right they should take four points away from home and right the ship after last week's disappointing result.

Verdict: Leinster to win by five. 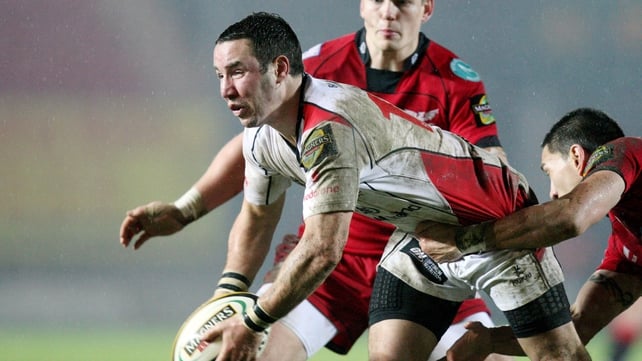 The Ulster men come into this one in flying form.

Their back-to-back Heineken Cup victories over Treviso, with an aggregate score of 83-3, and 11 tries to none, were hugely impressive.

Mark Anscombe’s team has really begun to gel of late and if they don’t claim another four points at home to Zebre it would be highly surprising.

The Ulster boss has made nine changes to his starting team, and three positional switches, as he – like O’Connor at Leinster – looks to keep his team fresh coming into the busy playing calendar over the festive season.

Paddy Wallace comes back in at inside centre, his first appearance in the first team for nine months as he returns from an ACL injury.

Alongside him in the backline key men Jared Payne (No 13) and Ruan Pienaar (No 9) both start. They’re two of the most on form backs in Europe and will guide this team under the Friday night lights.

In the pack, Johann Muller (No 4) and Robbie Diack (No 8) form the heart of the team.

Zebre are second from bottom of the table, with one win and one draw chalked up beside their name.

They would dearly love to pull off a shock in Belfast, but it’s so hard to see it happening for them.

They have some quality players in the shape of Andrea de Marchi (No 3), Quentin Geldenhuys (No 4), Marco Bortolami (No 5) and Giovanbattista Venditti (No 11).

But outside of that quartet, the rest of the team is either weaker than their opposition this weekend, or too flaky to predict their performances, as they only deliver the goods sporadically.

Ulster will take another four points from this one, giving them their seventh win in their last eight Pro 12 outings.

Verdict: Ulster to win by 22