Munster made it eight RaboDirect Pro12 wins out of nine this season as they recorded an 18-14 victory over Newport Gwent Dragons.

Stand-off Ian Keatley was Munster's architect, booting all of his side's points via six penalties, despite the Dragons managing the only try of the match when wing Matthew Pewtner stole in at the corner just after the break.

Dragons outside-half Jason Tovey kicked two penalties and a drop goal as the home side fought until the last few minutes, but they were left to rue a number of costly mistakes when the final whistle blew.

Munster, with Paul O'Connell partnering Donnacha O'Callaghan powerfully in the second row, will take the ugly win that keeps them firmly in the league driving seat at the top of the table.

And it ruined a possible second league victory in consecutive weeks for the seventh-placed Dragons, who took the notable scalp of Glasgow Warriors last weekend.

It was tight from the beginning, signalling the defensive stalemate which the first 40 minutes brought.

Tovey got the first points on the board with a penalty after 11 minutes but missed another from the right touchline soon after.

O'Connell was a tower in the Munster thrusts into the home 22 and, from one of those attacks, Munster were awarded a penalty directly in front of the posts which Keatley slotted easily.

But the highlights of the drab opening period were few and far between with the home side their own worst enemies, knocking the ball on all too easily and frequently.

When Munster infringed just inside their own half on 40 minutes, Tovey stepped up to hoist the ball straight through the uprights and send his side into the break 6-3 ahead.

The Welshmen came out firing after the interval and stormed further in front with a nicely worked move involving scrum-half Richie Rees that sent Pewtner over for an unconverted touchdown.

Tovey had another long-range penalty attempt that missed and that could have made some difference in the final outcome as Keatley began to lead the fightback, despite Munster having Keith Earls sent to the sin-bin for a high tackle on home centre Pat Leach midway through the half.

Another error near their posts saw Keatley pop over his third penalty and he put Munster into a one-point lead on 67 minutes to the joy of a noisy visiting contingent.

A Tovey drop-goal restored the home lead but two more Keatley penalties towards the end and the sin-binning of home lock Cory Hill finished the Dragons off for the night. 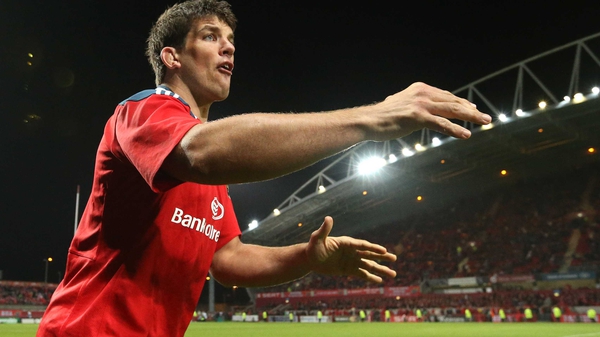