Leinster's most capped player Gordon D'Arcy - who will make his 228th appearance for the province - will partner Brendan Macken in the centre for the side's RaboDirect PRO12 clash with Scarlets on Saturday (1915 kick-off).

Eoin Reddan makes his 88th appearance and links up with Ian Madigan at half-back, with Luke Fitzgerald – who makes his 115th Leinster appearance and is one of eight Ireland internationals named in the starting XV – named in an exciting back three alongside South Africa international Zane Kirchner and Lote Tuqiri.

Leo Cullen will make his seasonal debut for the province, he's named at lock alongside Mike McCarthy.

Fresh from his involvement with the Ireland squad, Jack McGrath will start in the front row alongside Aaron Dundon and Martin Moore.

Shane Jennings leads the side, and is named in the back-row alongside academy graduates Rhys Ruddock and Jordi Murphy, who will wear the number eight jersey.

Leinster can call upon a further three Ireland internationals off the bench, including the likes of Sean Cronin and Mike Ross as well as New Zealander Jimmy Gopperth. 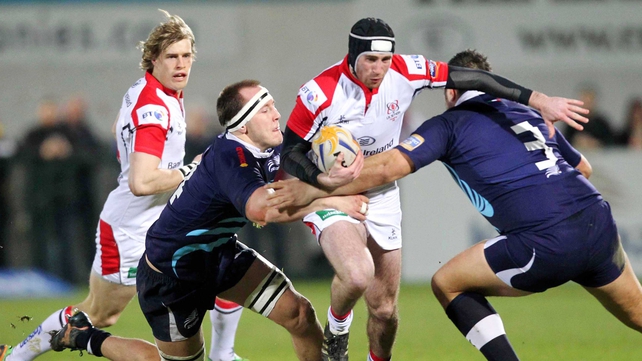 Ulster head coach Mark Anscombe has made six personnel changes and one positional switch to the team that beat Edinburgh last weekend for tomorrow afternoon's game against Zebre in Italy (1400 kick-off).

Ricky Andrew, who scored a try against Zebre at Ravenhill last season, starts at fullback in place of Craig Gilroy who moves to the left wing.

Andrew Trimble continues on the right wing, alongside Darren Cave and Luke Marshall who keep their places in midfield.

Ireland outhalf Paddy Jackson returns to the Ulster line up and is partnered by Paul Marshall in the halfbacks.

Up front, Tom Court is selected at loosehead with Callum Black moving to the bench. Rob Herring and All Black prop John Afoa keep their places in the front row.

With injuries to both Lewis Stevenson (medial ligament) and Iain Henderson (hamstring), there is a new second row, with Neil McComb selected alongside Dan Tuohy.

Robbie Diack captains the province for the second time from blindside flanker with Mike McComish named at openside and Roger Wilson starting at Number 8.

The two sides have met on two previous occasions - Ulster winning narrowly in Parma last November and more easily in Belfast in February. 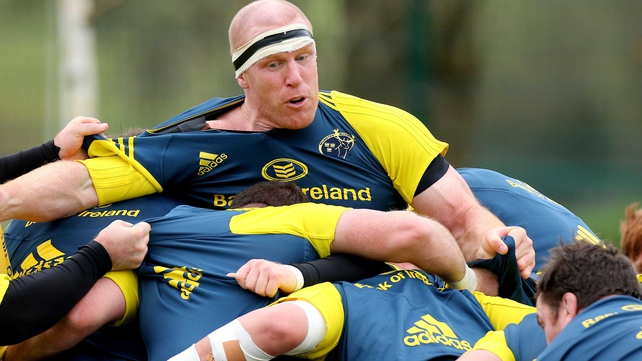 Paul O'Connell will start just his second RaboDirect PRO12 game of the season for Munster against Newport Gwent Dragons on Friday night (1915 kick-off).

Billy Holland will captain the side at Rodney Parade.

Munster go into the game as league leaders and will be keen to extend their five-game winning streak.

In making 12 changes to a side that performed so impressively last weekend against Cardiff, Rob Penney has given his players a chance to impress ahead of the crucial Heineken Cup double-header against Perpignan.

“There are some players getting an opportunity this week that will need to play well to force their hand in terms of ERC selection,” said the New Zealander.

“It’s exciting because the other guys have done their job and when you’re growing in depth and guys are getting rotated in, then they’ve got to perform well when they get their opportunity.” 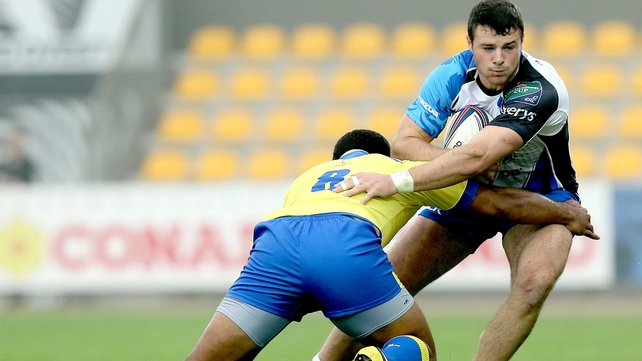 Henshaw is one of six changes to the team that lined out against Scarlets last weekend.

Irish international Henshaw returns to the mix and starts at full back against the Scottish side, fresh from signing a new two-year deal with the Westerners.

Former Scottish international Dan Parks has been named at out-half.

Up front, Ronan Loughney starts at loosehead in place of the injured Brett Wilkinson. Mick Kearney has been handed his first start of the season after coming off the bench in the last two PRO12 games. At 6'5", the 22-year-old joins skipper Craig Clarke in the second row.

Eoin McKeon returns to the side after missing three months due to injury. The back rower, who played 80 minutes for club side Buccaneers last weekend, starts at Number 8.

Prop Denis Buckley is named on the replacements bench which also includes forward John Muldoon on his return from injury.

Scrum-half Frank Murphy, who played his first minutes of senior rugby in over a year last weekend, is also included.

Commenting on the team selection and the upcoming game, Lam said: "We know winning at this level comes down to fine margins which has been frustrating for all of us so far this season. But we are determined to capitalise on every opportunity we create to give us a chance of a much needed win here.

"This season Edinburgh have proven a strong side who are tough to beat at home. They've won their last three games at Murrayfield, including an excellent Heineken Cup win over Munster.

"Our squad has been boosted by the return of Robbie (Henshaw) and Eoin (McKeon) while John (Muldoon) passed a late fitness test which sees him named on the bench. We need to deliver a performance that gives us every chance of getting the result."