The latest development in the dispute over the future of European club competition has forced an angry response from the English union.

The Welsh, Scottish, Irish, French and Italian unions issued a joint statement following talks on Thursday declaring they stand "side by side" in driving a format overseen by European Rugby Cup.

However, the RFU was absent from the meeting in Dublin as a result of the refusal of the English clubs, who are represented by Premiership Rugby, to recognise ERC.

RFU chief executive Ian Ritchie was present at the negotiations in October that were attended by all six unions and ended with broad agreement on certain principles.

"We are extremely surprised and disappointed not to be involved," an RFU statement read.

"It is right that the outcomes of the mediated meeting held in Dublin on October 24, which resulted in an agreement for a meritocratic tournament and equitable distribution of revenues, have been reaffirmed.

"It has been clear for some time that governance is a central outstanding issue.

"We remain committed to help facilitate a solution so that a truly pan European competition can continue to thrive for the benefit of players and spectators alike."

"We are extremely surprised and disappointed not to be involved" - RFU

Premiership Rugby chief executive Mark McCafferty is adamant the Rugby Champions Cup continues to be backed by the French clubs and Welsh Regions.

It has been reported that support from the Top 14 sides for the breakaway tournament is wavering amid pressure and financial incentives from their union.

Should the French clubs become divided, Europe faces the prospect of rival tournaments being run in tandem next season.

Premiership Rugby chief executive Mark McCafferty is confident they remain loyal - along with the Welsh.

"We don't see any evidence of their support wavering. We were working with them on Wednesday on the implementation of the Champions Cup," McCafferty said.

"They certainly say that they've never received a financial offer from the French union and we've taken that on trust.

"I'm also confident that the Welsh regions remain in support of the Rugby Champions Cup." 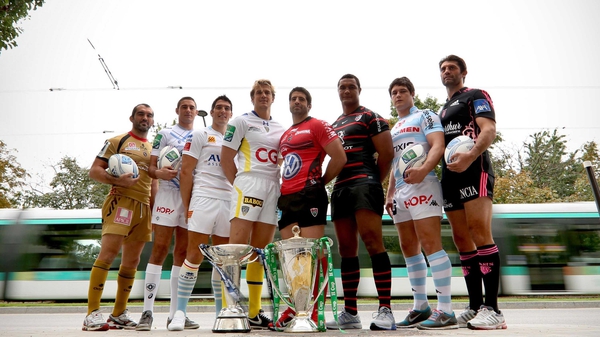 Heineken Cup set to go ahead without English sides