The clearest fact coming into the autumn international clash between Ireland and Australia is that both teams are very much in transition.

Ireland, of course, have a new big kahuna pulling the strings in the technical box at Lansdowne Road, in the form of New Zealander Joe Schmidt.

His trophy haul at Leinster gives his CV the kind of sheen that inspires confidence that he can take this Ireland team and mould it into something special, something that has rarely been seen before: an Irish side that is rock solid in defence, but also plays the best attacking game in Europe.

One game in - a five-try win against Samoa - and there are green shoots of recovery following a torrid 2012/13 season under Declan Kidney where Ireland slumped to an insipid home defeat to South Africa, and an abysmal fifth place in the Six Nations. Schmidt’s new journey is just beginning.

But so too is a journey commencing for Australia coach Ewen McKenzie, the Wallabies’ head honcho since Robbie Deans was deposed following the Aussies’ Test-series defeat to the Lions. 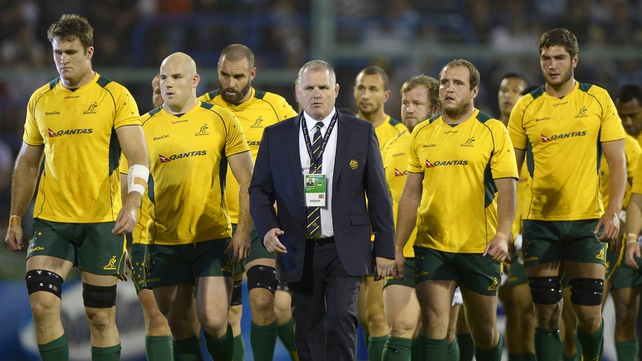 The southern hemisphere nation also endured a torrid 2012/13 under Deans.

In addition to their third-Test humbling by the Lions, they were devoured 33-6 by France last November and finished 12 points off winners New Zealand in the Rugby Championship of 2012.

But they too have shown green shoots. They endured yet another poor Rugby Championship, but since then have given New Zealand a very close run for their money in a Bledisloe Cup clash, lost narrowly to England in a game they could well have won, and annihilated Italy on a 50-20 scoreline.

So far, McKenzie’s tenure is slowly beginning to turn this team around. Australia have a very handy habit of peaking around World Cups, and that potential upward curve looks like it may just have commenced; however, the jury is still out.

Where the game will play out

One of the key battlegrounds on Saturday will undoubtedly be the scrum. Put simply - Ireland can damage the Wallabies there and reap dividends.

Cian Healy and Mike Ross should have the jump on James Slipper and Sekope Kepu. If they do get it, penalties at goal, and penalties kicked for position, can be one of the key platforms from which Ireland can base a game to suppress Australia by keeping the scoreboard ticking over and dominating possession.

The breakdown will also be crucial. The two sides last met in the pool stages of the 2011 World Cup where the Irish came out 15-6 on top. 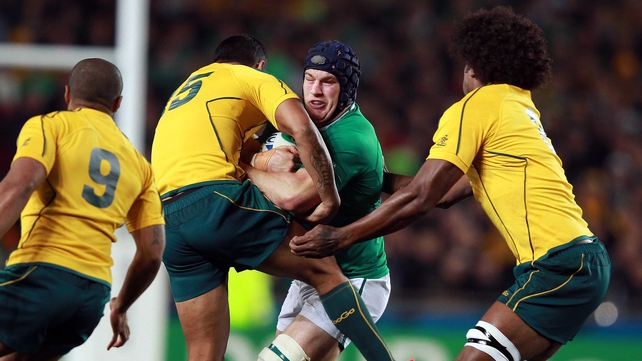 While Ireland did a lot of things right to secure victory that day, the single most defining factor was Sean O’Brien’s performance at openside flanker.

He destroyed Australia’s patterns and security of the ball at rucks and mauls, ensuring Will Genia and Quade Cooper were usually on the back foot off their pack’s possession.

Ben McCalman was at seven that day, usually he plays blindside flanker or No 8, and lacked the specialist ability to secure the area for his scrumhalf to spin outside with speed.

Michael Hooper will start at seven for Australia this weekend, and O’Brien will face a far sterner examination as he seeks to repeat the heroics he performed in Auckland. If he can, then Ireland will have gained a crucial upper hand in the tie.

While Australia have had issues in the backrow and scrum in recent times, they always, and still are, a danger in the backline, where they can expose gaps and create something out of nothing quite like nobody else can.

This threat will be no different on Saturday, with the back three of Isreal Folau, Nick Cummins and Adam Ashley-Cooper possessing huge attacking threat.

If Australia get clean possession to Cooper at No 10, and he can use that possession wisely, those three have the ability to hurt Ireland.

The choke tackle has been a buzz word in rugby over the last number of years, but it could be key to victory in this Test.

Ireland need to nullify the threat that Australia offer when offloading at pace going forward, it’s in this offloading technique that they can potentially get in behind the men in green, exploit gaps and do damage with their finishing men.

Ireland must to attempt to take man-and-ball as often as possible to quell the off-the-cuff strengths of the Wallabies.

Brian O’Driscoll is a master at this, and he will guide his centre partner Luke Marshall as they attempt to stymie Matt Toomua and Tevita Kuridrani from turning the midfield into a free-flowing area.

The Irish centre pairing will want to keep Australia’s structure rigid and without the ability to surprise them, and in turn prevent fullback Rob Kearney from being put into a situation of having to make last-ditch cover tackles, from which the Wallabies can offload with no Irish defender at home.

Another area Ireland will focus on is getting into Cooper’s face at outhalf. A fine player he is on his day, but he is also a player that can very easily be hassled and harried into making mistakes: he can be mentally brittle.

O’Brien and Jamie Heaslip are tasked with turning his Test match into an anxiety-filled nightmare, and disrupting the possession he can ship to Toomua at No 12. 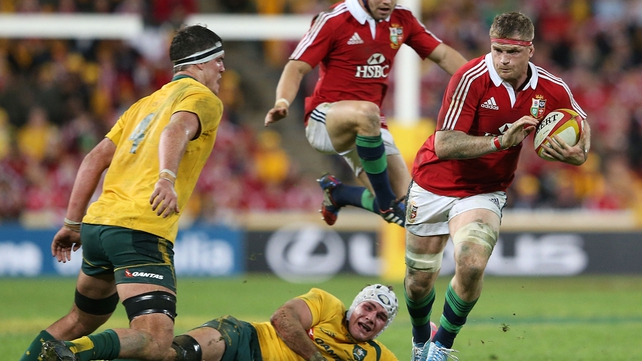 On the attack themselves, Ireland can most certainly do damage to Australia. The five-tries against Samoa showed that.

Up front, the maul was especially effective against the Pacific Islanders, and I expect we will see that tactic used well again on Saturday.

Out back, Australia’s defence is still a work in progress. England displayed that two weeks ago when they capitalised on porous Wallabies defending to nab a sniping Owen Farrell try, albeit aided by a questionable refereeing call, to snatch victory.

Ireland will be aware of this, and will look for Marshall and O’Driscoll to take balls coming from deep and at pace to create clean line breaks in the middle. Expect the midfield to be a focal point on Saturday.

My guess is that Eoin Reddan has been selected over Conor Murray at scrumhalf to aid this tactic. Reddan’s quicker pass will be key to getting the ball to the midfield before the Aussie backrowers have a chance to fan out and plug any holes that may be appearing in their side’s defence.

How well O’Brien, as well as Peter O’Mahony and Heaslip, can secure the breakdown will aid Reddan hugely in this end.

The Ireland backrow must also guard the fringes of the ruck fiercely, as it’s another area where the Wallabies made incisive gains at critical moments against England.

Both sides have specific strengths, but if Ireland use theirs wisely and effectively, they should have enough to claim this Test match.

Verdict: Ireland to win by six. 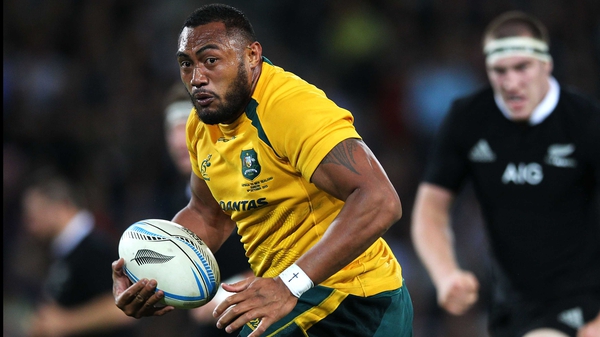