Ahead of his first Ireland start in 18 months, Paul O'Connell has warned that Australia are a totally different proposition to the side who lost to the Lions in the summer.

Ewen McKenzie took over from Robbie Deans as Australia boss after the Lions series and, despite mixed results so far, is beginning to stamp his mark on the team, ahead of their meeting with Ireland on Saturday.

"They are certainly a better team and they have a different philosophy," said the Munster man. "(Quade) Cooper has been brought back in and has been given the opportunity to play the way he wants to play.

"Australia are coming off a really tough Rugby Championship and when you have a tough championship like that you tend to find out a lot more about yourself and you tend to get better."

The Irish skipper is relishing his international return after missing the entire 2013 Six Nations through injury and believes the squad is now much stronger than when he was last involved, particularly in terms of leadership.

"It's been a frustrating couple of years. I was a long time away from the Irish setup but it's great to be back. It's been a really enjoyable time, the way we've trained and the way we prepared," said the 34-year-old.

"The squad has changed dramatically since the last time I was involved 18 months ago, in terms of the depth of the squad.

"There is a lot of depth in leadership in the squad, with provincial captains and former Irish captains in the squad.

"Any time you can have more leadership on the field is so important particularly against these Southern Hemisphere teams." 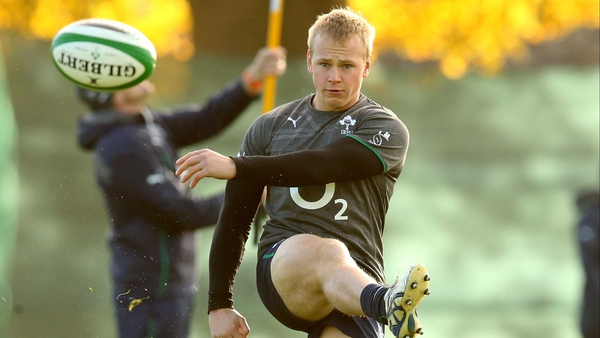