Jonathan Sexton's hip-injury absence led to a straight fight between Jackson and Leinster's Ian Madigan for the number 10 shirt.

Schmidt had explained in the build-up how Madigan's limited club opportunities this term proved a hindrance, with Kiwi Jimmy Gopperth impressing for the province.

And after Ireland's five-try triumph against the Samoans, the new head coach felt vindicated in handing the form club man the back-line reins.

"Our kicking out of the hand wasn't as good as it could have been at times. We'll have to kick better out of hand across the board against Australia.

"But Paddy did marshal everyone really well and it was an assured performance from Paddy.

"It's not easy to come into that mix and control things like that, but I think we saw the evidence of his club form helping him settle."

Schmidt said: "I think Chris may have a slight hamstring tear.

"He could run but if he'd stayed on he would have done further damage.

"It was a massive opportunity for Chris, he's worked extremely hard to get it.

"It's really disappointing for him to be literally hamstrung. He tried to play through it, but it was determined that it wasn't something he could play on with."

Until his injury Henry had looked sharp at the breakdown, an area that left Schmidt relatively pleased.

But Schmidt warned the contact area will be another facet Ireland must sharpen in time for Australia's visit.

He said: "I think we could argue six to eight turnovers were forced by us on the ground.

"Others we were able to capitalise on slightly loose play from them, but we can probably still be reasonably pleased with that work." 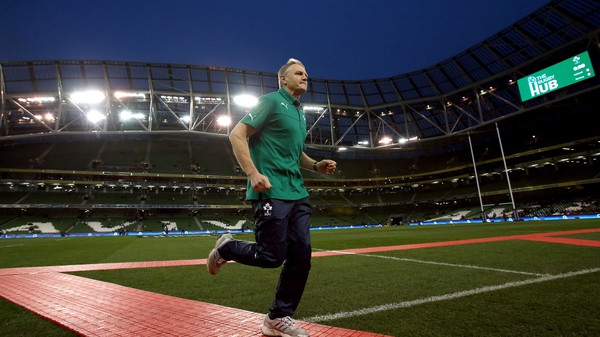