Munster lock O’Connell had missed all of last week’s training with a calf injury.

Asked whether the 85-cap talisman could start, Plumtree said: “That would be a medical decision based on whether he could do 80 [minutes]. Today was the first time he trained but whether he can do 80 or not I’m not sure.”

“He’s our most experienced lock, and he has been the glue in that pack for a while, so he is important and enthusiastic and still loves playing for Ireland.”

Former captain Brian O'Driscoll is in contention for a starting place after shaking off his own calf injury.

“Today was his first real training with the team and he went through alright. He looked good,” said Plumtree.

Coach Joe Schmidt will announce the team, along with the captain, at lunchtime on Thursday.

The Samoa team will be also be confirmed on Thursday at 4.30pm.

Plumtree unwittingly found himself on a reconnaissance mission at Blackrock College this week while on the school run.

The ex-Wellington Lions coach said he did not need to watch a Samoa training session to know what Ireland have in store for them this weekend.

Plumtree said: "They were training at my son's school so when I was going down to pick him up I was watching their training for a bit.

"I wasn't spying on them! I didn't know it was going to happen.

"But they were well-organised, training was good and their work ethic was strong.

"Defensively they were well organised. They have really stepped up and I guess it is really because of the individuals they have playing around the world now, being exposed to different teams and cultures.

"They are a real threat now because they are not only individually good - they play as a team."

Live coverage of Ireland v Samoa from 5.00pm on Saturday 9 November on RTÉ Two and RTÉ.ie/sport 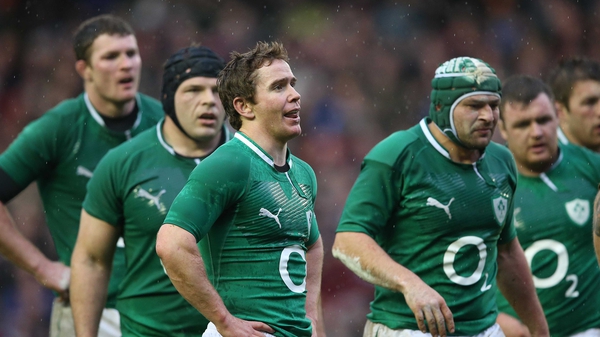