Rob Penney has made eight changes to the Munster side that beat Glasgow last week for Saturday's RaboDirect PRO12 meeting with Ospreys at Thomond Park.

Munster have been boosted by the return of Donncha O'Callaghan and James Coughlan from international duty for the top of the table clash and O'Callaghan starts while Coughlan is among the replacements.

Elsewhere in the forwards, Penney has named a completely different front-row as Dave Kilcoyne, Damien Varley and BJ Botha start with Dave Foley and Dave O'Callaghan also coming into the side.

In the backs, winger Ronan O'Mahony keeps his place and starts in his first competitive game at Thomond.

Ian Keatley comes back in at out-half ahead of last week's man of the match JJ Hanrahan who moves to the replacements.

Duncan Williams starts at scrum-half and Felix Jones returns at full-back after a slight ankle sprain ruled him out of action last weekend, with Johne Murphy moving to the right wing in place of Andrew Conway who is suffering from bruised ribs.

Dave McSharry will make his first start for Connacht in ten months after being named in Pat Lam's team to to face Glasgow Warriors in Saturday's Pro12 clash at the Sportsground.

McSharry is one for four changes to the side that narrowly lost to Leinster and is named at inside centre.

Joining McSharry in the centre is 20-year-old Darragh Leader who made his first senior appearance away to Ospreys last season. The utility back has impressed the management through his performances in training and with the Connacht Eagles.

Connacht's leading try scorer Fionn Carr is named on the right wing in a back three featuring Gavin Duffy and Matt Healy.

Up front, Jason Harris-Wright will start as hooker in his 25th appearance for the province.

The replacements bench includes veteran Tighthead Prop Nathan White who returns after a three-week absence due to injury. Mick Kearney is also included in the match day squad and could earn his first appearance of the season. 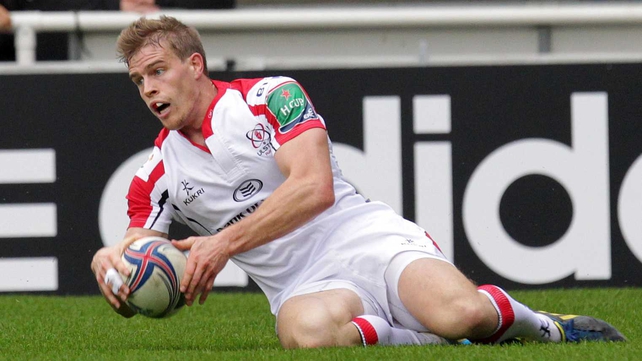 Ulster have made eight personnel changes and three positional switches to the team that recorded a bonus point win over Cardiff last Friday night for Saturday's game against the Scarlets at Parc Y Scarlets.

Eight Ulster players are away on international duty, however Andrew Trimble and Roger Wilson were released by Ireland for the game.

Johann Muller misses the match having suffered a calf injury, so Jared Payne is named as captain, a role he last fulfilled in the pre-season win over Leinster.

He will start at fullback in place of Stuart Olding who is also unavailable as he sustained concussion in the game against Cardiff.

Trimble starts on the right wing with Michael Allen selected on the left. Darren Cave and Chris Farrell are paired in midfield, with Ruan Pienaar moving from scrumhalf to outhalf and Paul Marshall starting at 9.

In the front row, the only change sees Rob Herring picked at hooker with John Afoa and Callum Black selected either side.

There is a whole new second-row with Lewis Stevenson and Neil McComb starting, while in the back row, Roger Wilson moves from the back of the scrum to openside, Robbie Diack keeps his place at blindside and Nick Williams returns at Number 8. 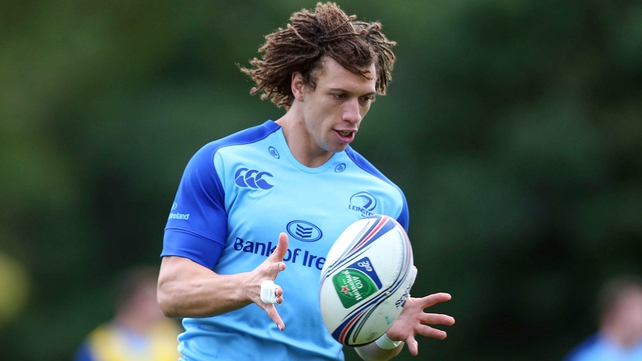 Kirchner is named to start at fullback in a back three which includes the fit again Lote Tuqiri and St Mary's College captain Darragh Fanning.

Luke Fitzgerald, one of four Ireland internationals in the starting line-up, continues his midfield partnership with Noel Reid while there are recalls for Jimmy Gopperth and scrumhalf John Cooney, who makes his 24th appearance for the province.

Shane Jennings leads the team and the experienced back-rower is named in the back-row alongside Rhys Ruddock and Dominic Ryan, who is set to appear in Leinster colours for the 51st time.

Michael Bent switches to loose-head in a front row which also includes Aaron Dundon and Martin Moore who trained with the Ireland squad earlier this week.