Munster head coach Rob Penney was proud of his side overcoming the "psychological stress" of their shock opening defeat to Edinburgh to beat Gloucester 26-10 in the Heineken Cup Pool Six tie at Thomond Park.

Munster got their campaign back on track with a hard-earned victory over their much-changed English opponents.

Tries from Damien Varley and Johne Murphy, together with 16 points from the boot of Ian Keatley, guided the province home.

Penney said: "I am very pleased. The Gloucester lads were resolute. They were a tough nut to crack. They deserve a lot of credit, coming over with a lot of changes. They made it a tough night for us.

"I am just really proud of the fact that they were able to overcome all that psychological stress and come out with the result. That was really important for everyone.

"There were times when we probably should have been looking to play a bit more territory in the second half. To give Gloucester some credit, they covered the backfield really well and there wasn't a lot of space there.

"The try that Johne (Murphy) scored on the back of Ian Keatley's great little nudge to the corner was one of the few times there was evidence of space. They deserve credit for that." 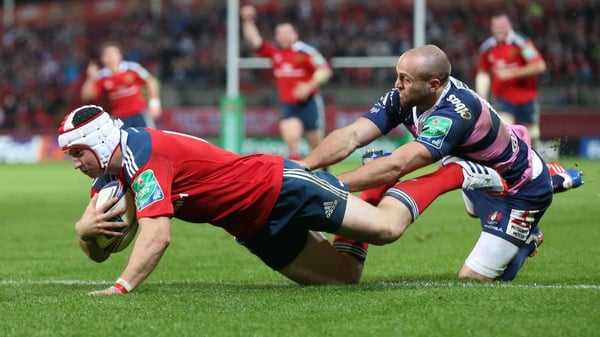