Ulster secured one of the most memorable away Heineken Cup wins as they comprehensively beat last season's quarter-finalists Montpellier in southern France.

Andrew Trimble crossed for Ulster's only try on 11 minutes before Ruan Pienaar paved the way for victory with 15 points from his boot. Paddy Jackson also added five points.

Ulster had waited 15 matches in the Heineken Cup to beat a French side on their own soil when they edged Castres 9-8 to reach the last-eight last season, but this was a far more impressive triumph to show how much they have grown.

Not only did this win move Ulster two points clear of Leicester Tigers - who they beat last week - in Pool Five, but it also prevented Montpellier from a point at their own Yves du Manoir stadium.

The French side were in good form heading into the match having opened their own European campaign with a useful away win over Benetton Treviso while they sit level on points at the head of Top 14 with Toulon and Toulouse.

They were also unbeaten at home this season but trailed into half-time after Trimble's try.

A brilliant counter-attacking move involving four back-line players, which started on their own 10-metre line, ended with a score to remember for the Irish winger.

Jonathan Pelisse gave the home side an encouraging early lead with a penalty, but that was much less than their early endeavour should have brought. Ulster rode the expected early storm and came thundering back into the contest with Trimble's try.

A long kick down field was gathered on his 10-metre line by Jarad Payne. His long pass opened up an avenue on the left touchline and Trimble took a pass from Darren Cave on the outside, passed inside to Tommy Bowe and then took a return ball from his wing partner before cutting inside to score a try which Jackson converted. 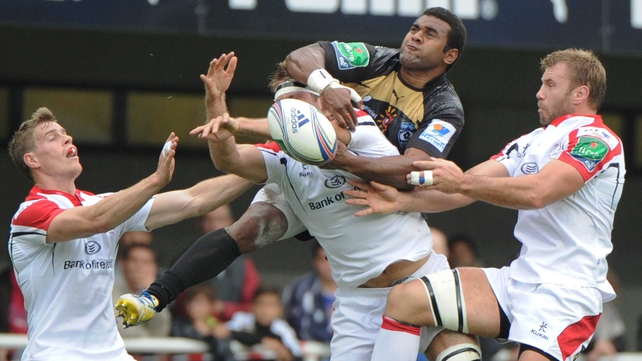 There were three missed penalties from Ulster, and a wayward drop-goal attempt from home outside-half Francois Trinh-Duc before half-time and the game was evenly balance at 7-3 at the break.

Pienaar then opened the second half with a long-range penalty before TMO Gareth Simmonds confirmed there had not been a knock-on in a build-up to a breakaway try for winger Yoan Audrin.

The score cut the gap to two points, but the conversion attempt failed to level the scores.

That could have been the springboard for a major revival from the Montpellier side, but they were never able to get on top of the dogged Ulster pack.

They bombed one glorious try-scoring opportunity, but generally made far too many mistakes for their own good.

All the while Pienaar made them pay as he kicked three penalties to stretch the visitors' lead to 22-8 before Jackson added the coup de gras with a sixth penalty with the final kick of the game to leave his side in very good shape after two rounds. 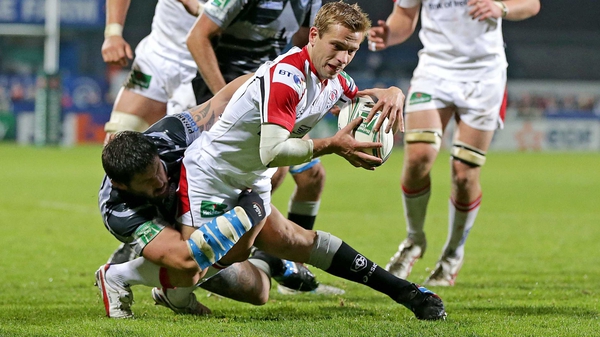