New Zealand coach Steve Hansen has shrugged off the loss of injured duo Richie McCaw and Cory Jane and declared it "business as usual" ahead of the third Bledisloe Cup clash with Australia on Saturday.

McCaw (calf) and Jane (hamstring) have been ruled out of the Dunedin encounter - they are expected to be fit for the forthcoming tour of Europe - but Hansen is not overly concerned.

Skipper McCaw is replaced at number seven by Sam Cane and Auckland youngster Charles Piutau comes in for his first Test start on the right wing. Kieran Read assumes the captaincy once again.

"We've got to the stage now where it's just business as usual," Hansen said of the injury-enforced changes.

"If someone gets injured then the expectation is everyone's been preparing to play anyway, people come in, and we're confident.

"There's a lot of trust within the group in each other, and that's no different this week.

"We've just got to do what we've been doing all week - prepare to play the Aussies, and play well."

New Zealand enjoyed comfortable wins in the first two matches of the Bledisloe Cup and have already clinched the series but Read believes the Wallabies' 54-17 mauling of Argentina in their last fixture makes this a tricky dead rubber to negotiate.

He told www.stuff.co.nz: "I think they will be a lot more attacking and probably willing to throw the ball around.

"There's not much to lose for them, and we expect a really attacking game-plan.

"To be honest [a win] will make their season, and we can't afford to slip our standards."

Australia boss Ewen McKenzie has urged his side to believe they can cause an upset.

"You're not going to beat them if you don't think you can, there's no way," McKenzie said.

"If you create a mental phobia for yourself you're not going to get anywhere so I approach every test with optimism and people might say bullish but you have to be.

"You have to fancy your chances... we've had 12 debutants this year, nine of those have been in the back line and you've got to think that every Test you play you're accruing seven or eight more caps experience amongst those guys and they're going to be better and more comfortable in the environment at that level and the speed of the game.

"And I think you saw evidence of that in our last hit-out and we've got to be able to replicate that against the most consistent side being the All Blacks, so if we can replicate even half of that we're moving in the right direction." 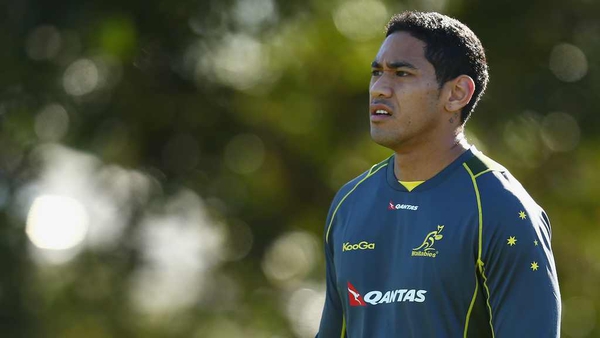