Following a decision taken in February 2012 to award the finals to Italy, the board of ERC has now confirmed the iconic 80,000-capacity stadium as the venue for the 2015 final of Europe's premier club rugby tournament, provided that an agreement on a new European club rugby accord for next season, and beyond, can be reached.

The possibility of a Milan 2015 finals weekend was raised at today's Italian European club rugby launch at the headquarters of Sky Sport Italia, which was attended by the head coaches and captains of Italy's two Heineken Cup clubs, Benetton Treviso and Zebre, as well as by the four Italian Amlin Challenge Cup clubs.

Speaking at the event in Milan, the President of the Federazione Italiana Rugby (FIR), Alfredo Gavazzi, said: "We are especially proud that a Heineken Cup final could be staged in Italy as this is a tournament which plays a key role in the continued development of our top clubs, and which also is critical for the progress of our national team.”

Addressing the issue of the current negotiations towards the formulation of a new accord, Gavazzi added: "Regarding the future, I do not believe that an Anglo-French competition would be in any way suitable.

"The six unions have stated that they wish to keep the Heineken Cup, and they are absolutely united on this point of view.

"The Italian Federation also believes that it is crucial to keep four of our clubs in the Amlin Challenge Cup to allow our young players to develop.

"Overall, I am confident that an agreement can be reached.” 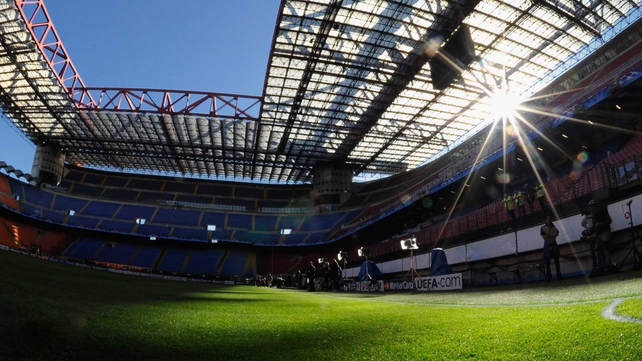 ERC chairman, Jean-Pierre Lux, said: "We in are in a difficult period for European club rugby, and I too hope that a solution can be found and then we can look forward to 2015 and a celebration of 20 years of European club rugby in Milan.

"It would be a shame if Italian rugby lost such a major opportunity to promote the game in their country.”

Today's launch in Milan was the fifth event during the build-up to Thursday's European club rugby kick-off with previous launches staged in Paris, Cardiff, Dublin and Glasgow.