Steve Hansen spoke of his pride after his New Zealand side secured the Rugby Championship with a thrilling 38-27 win over South Africa.

The Ellis Park clash has been immediately rated as one of the best in living memory by some, but it is the All Blacks who will cherish it the most after it gave them another trophy.

It was a second straight title for Hansen's men since the competition changed to a four-team one.

"To come here, after all the travel, and have a performance like that you can only be proud," Hansen said.

In a too-and-fro encounter, New Zealand took care of the little things better than their hosts, with Liam Messam's second try, after the half-time hooter, an example of that.

"You need little moments like that in the game to keep you ticking over," Hansen said.

"To come here, after all the travel, and have a performance like that you can only be proud" - Steve Hansen

Messam was one of a number of players to shine on the big stage.

"I think it was a great spectacle for fans. They are big boys these South African lads and you have to meet fire with fire and I think the tight five really stood up today and set up a platform so us loosies could do what we do," he said.

Despite being beaten in front of 60,000 Springbok fans, home coach Heyneke Meyer congratulated New Zealand for getting the job done.

"We gave everything on attack and did well. I am disappointed in our defence, though. When you play the best team in the world you cannot afford poor defence. It did let us down," he said.

"We have conceded one try per Test match this year, so it is not the structure. The guys shot out of line perhaps because they were too keen to make big hits.

"The guys came out firing and this was one of the best games I have ever being involved with. We did go for the four tries, but we allowed them to score some soft tries." 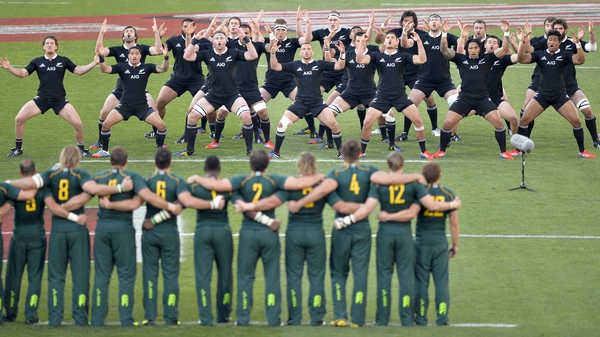