Connacht, Munster and Ulster are in action tonight in the RaboDirect PRO12.

Connacht will be hoping their perfect start to the season, after a home victory over Zebre last weekend, continues this week following a much trickier assignment – an away trip to the Cardiff Blues.

While the trip sounds daunting to a certain degree, the Westerners claimed their first win in Cardiff last season for the first time since 2001, and that will certainly send them into the clash in a positive mindset.

In addition, Cardiff have lost seven of their last eight PRO12 matches, including their season opener last week away to Glasgow Warriors.

Both Connacht and Cardiff finished on 38 points apiece last season and the game should give an early indication of where both squads are at going into the winter months.

The big danger man for Cardiff is Lions wing Alex Cuthbert who makes his first start following the tour of Australia. A lot of what Cardiff do in the 9-15 axis will have him as an end product, and expect to see him get shipped plenty of ball.

Matt Healy lines up on the left wing for Connacht against him and it will represent a huge challenge for a man who has shown plenty of potential in a pre-season clash with Castres and last week against Zebre; three tries in those two clashes have signaled his intent to make that number 11 jersey his own.

Lloyd Williams at nine for Cardiff is another threat. He snipes well and has a decent pass to keep the backline ticking over.

Of course, the battle will be won up front, and with Connacht’s pack unchanged, they will be settled going into this Cardiff Arms encounter.

They have plenty of explosive power available in the form of Willie Faloon and George Naopu, while Michael Swift and Andrew Browne form a super solid engine room.

Cardiff are anchored in the second row by Bradley Davies, who will run the show for the Welsh side up front, calling the shots and generally leading from the front, while number six Andries Pretorius will add the bish, bash, bosh.

It should be a very close game at the Arms Park, and I expect Connacht to at least pick up a losing bonus point.

Munster’s challenge this weekend is to turn over the side Connacht beat last week, Zebre, the only difference being the Irish province must travel to Italy to do so.

Munster look really strong for the battle at Stadio XXV Aprile. Andrew Conway is on the wing for his first competitive start, while second row bruiser Donnacha Ryan is back in the team. Human train James Downey is back from a quad tear and is named on the bench. 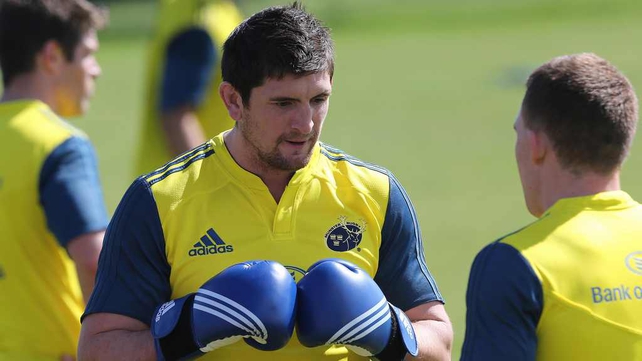 Casey Laulala is named at 13 to provide the flair for the Irish side, and with Denis Hurley and Johne Murphy named at 15 and 14 respectively he has two able and experienced lieutenants named outside him to guarantee some cool heads.

JJ Hanrahan starts at 10, and the young Kerry man will be keen to show his wares and make a statement that he can challenge Ian Keatley to the first XV number 10 jersey.

Hanrahan made his competitive debut for Munster against Zebre in a two-try man-of-the-match performance last season – more of the same would put Munster on the road to a handy victory.

Mauro Bergamasco is ruled out with injury for Zebre in a side that on paper looks like it won’t be able to hold a candle to Munster.

However, they do have threats in the back line in the form of outhalf Luciano Orquera and left wing Giovanbattista Venditti, who on their day are world class.

Venditti has more of those days than Orquera though, who often kicks too much out of hand and is prone to bad decision-making.

But when Orquera plays well – as he did for Italy in their Six Nations victory over France last term – he is sublime.

In the pack, Salavatore Perugini, Quintin Geldenhuys and Marco Bortolami all add experience and ballast to the fight.

Rob Penney’s side should have enough to win this one by five points or more and maintain their record of not having lost a first or second round match since 2009/10.

Ulster were the only Irish province who failed to record a win in their opening PRO12 match of the season, and the news that winger Andrew Trimble is out for four to six weeks with a broken finger is a setback to their plans, especially as they face a tricky home tie with Glasgow this week.

Last week’s away defeat against Newport Gwent Dragons came as a shock. Ulster came away from Rodney Parade with a 15-8 hiding and a blow to their confidence ahead of the 2013/14 term.

Glasgow come into this clash with victory over Cardiff under their belts, as well as welcoming Stuart Hogg, Ryan Grant, DTH van der Merwe and Josh Strauss back into the first XV, meaning confidence and fresh legs are packed in their luggage for the trip to Ravenhill.

Darren Cave is back in the side for Ulster, as his boss Mark Anscombe makes seven changes to his side. The number 13 has always been a creative influence in midfield for the Red Hand and they will again look to him as a spark.

Luke Marshall moves from 13 to 12 this week, which is a position he is much more suited to, and I expect him to compliment his outside centre. 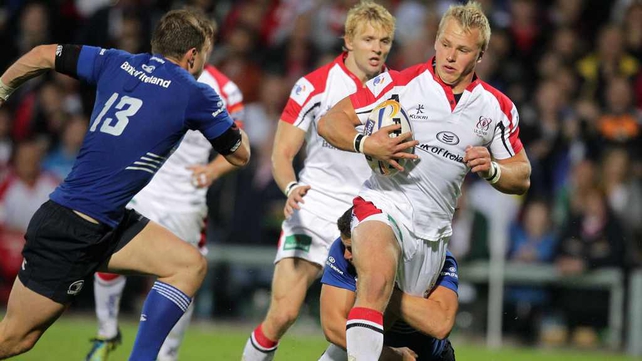 The biggest change in the side comes in the back row where Robbie Diack and Chris Henry make way. In their place come in Sean Doyle and Nick Williams, while Roger Wilson shifts from eight to six.

The reshuffling of the side should help; however, the real missing link is Ruan Pienaar who remains away with South Africa on international duty. His presence will be missed at halfback, where Paddy Jackson and Ian Porter will guide the team.

Ulster on their form last season would coast this one – indeed they beat Glasgow 23-6 at Ravenhill last term – but one gets the impression this one will be a lot closer.

Glasgow’s Stuart Hogg, Tommy Seymour and Sean Lamont have all been steadily improving over the last season or so, and will fancy cutting free on the Belfast turf. While in the pack, Ryan Grant and Ed Kalman add serious ballast to the front row at scrum time.

Ulster are favourites to sneak this one, but an upset from Glasgow would not be out of the question. 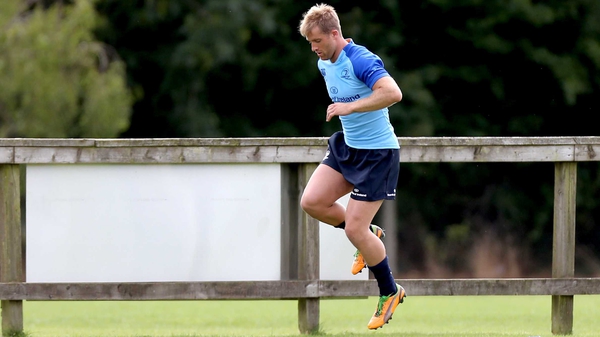