New Zealand have announced their team to face South Africa in Saturday's Rugby Championship match (8.35am) with Sam Cane replacing Richie McCaw in the back row after the captain was forced out with a knee injury.

Cane will take McCaw's place for the game at Eden Park, Auckland, in only his ninth Test after the skipper sustained medial ligament damage during last weekend's 28-13 win over Argentina.

Other changes see the return of prop Owen Franks for his 50th Test, Liam Messam will replace Steven Luatua at blindside flanker and midfielder Ma'a Nonu also comes in.

Cane will start at openside flanker with Dane Coles at hooker while while 105-Test veteran Keven Mealamu is on the bench.

With Franks starting, prop Charlie Faumuina moves to the bench, Luatua is also in the reserves covering lock and loose forward along with injury replacement flanker Matt Todd who will cover openside flanker.

Number eight Kieran Read will captain the team in his 55th Test.

Head coach Steve Hansen told www.allblacks.com: "The Test match is shaping up to be a massive occasion with the two top-ranked sides in the world coming together for what will be a special night for both teams, as well as our fans.

"Both teams are in good form and will bring their respective strengths to the contest.

"We have a massive amount of respect for South Africa and have prepared accordingly.

"The physical challenge will be huge - as it always is - and the team that executes their game with the greatest effectiveness, clarity and intensity will be the one that comes out on top." 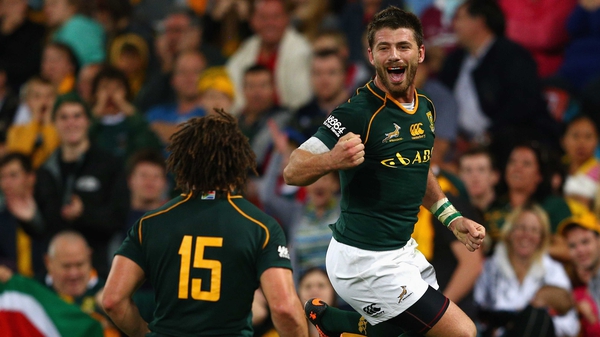