Plans for a new Anglo-French competition next season remain firmly on the agenda despite hopes that a European Rugby Cup agreement can be thrashed out.

Premiership Rugby and its French counterpart, the Ligue Nationale de Rugby, served notice last year of a desire to quit the Heineken Cup and Amlin Challenge Cup when the existing tournament accord expires next summer.

They want changes to the structure of both continental competitions, principally over the number of teams involved, the qualifying process and how funds are distributed.

ERC claimed on Wednesday that all parties - including Premiership Rugby and the LNR - "reaffirmed" commitment towards negotiations regarding a new tournament accord.

It followed a meeting of ERC directors in Dublin, but Press Association Sport understands the Premiership Rugby and LNR stance is unchanged and their intention remains to forge ahead with alternative plans.

"We have had 15 months of discussions which haven't produced an outcome," Premiership Rugby chief executive Mark McCafferty said earlier this week.

"There hasn't been a meeting since May, and there has been no urgency over the summer. Our clubs have been very strong in saying they need clarity.

"If we can't reach an outcome involving all the European clubs, we at least have to set up a competition involving the English and French clubs.

"If others want to come into that competition then we can look at that, but we have to get on and prepare."

ERC, seemingly jolted into action by the English and French clubs' position, said in a statement: "Despite recent reports, all parties involved in the formulation of a new ERC Accord, including the Ligue Nationale de Rugby and Premiership Rugby, have reaffirmed their commitment to the process.

"A meeting focused solely on the negotiations will be convened by ERC as soon as practicable.

"It was agreed at a scheduled ERC board meeting in Dublin that ERC would facilitate the discussions and that the current points of difference, including the share of central revenues, qualification and season dates, would all be on the table.

"The board reiterated that European club competitions must be organised by ERC, and that any purported cross-border club tournaments needed the approval both of the IRB (International Rugby Board), and of the relevant unions who are shareholders of ERC.

"It was pointed out that there was a range of proposals made by stakeholders, none of which were acceptable to all parties, and it was agreed that the negotiations towards a definitive solution needed to begin again in earnest." 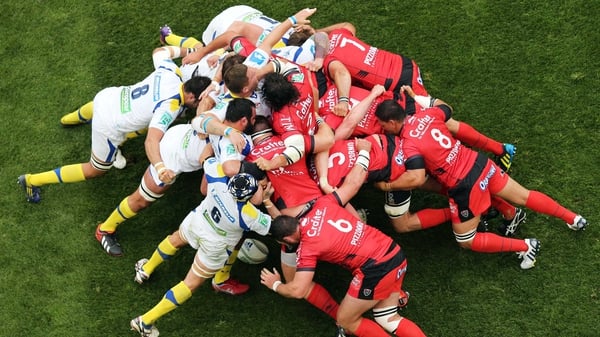