Ireland and Leinster star Brian O'Driscoll has dashed any hopes that he might play on beyond the end of the season, declaring he will definitely be hanging up his boots.

Everybody's favourite, O'Driscoll ended last season to cries of "one more year" from the stands, and he has an answer already to those calls should they come, as they surely will, when he finishes the 2013/14 season.

"This is the one more year," O'Driscoll told Pat Kenny on Newstalk earlier today.

"I had to think long and hard about this one and there were a number of factors. Obviously I had to talk to my wife Amy and also listen to my body. I also wanted to make sure I was still wanted in the Irish and Leinster set-ups."

The 34-year-old said he had been preparing for retirement at the end of the coming season.

"I have been in the process for the last few years of trying to get myself prepared for the transition into some other things that I have an interest in," he said.

"Nothing's going to replace the feeling of running out in front 60,000 or 80,000 people but do something that gives you a purpose to get up in the morning and work hard for."

O'Driscoll had planned to retire after the Lions tour to Australia but said he was convinced to stay on at Leinster and Ireland by new Ireland boss Joe Schmidt and the great support from the RDS crowd. 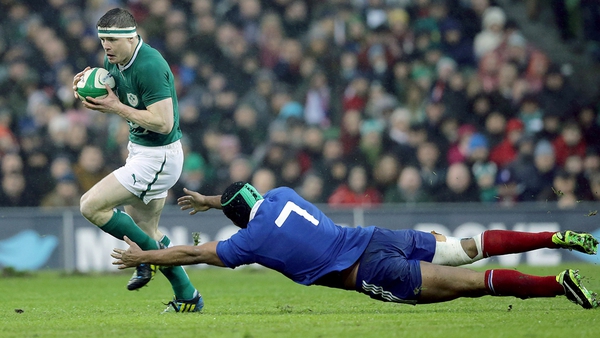