Former International Rugby Board medical advisor Dr Barry O’Driscoll has repeated his call for rugby to completely change the way it deals with serious head injuries.

But he cut all ties with the body a year ago, in part because of his opposition to the introduction of the "five-minute rule". The rule means players can return to the field of play after a serious head injury if they pass a short assessment on the sideline.

The issue was brought to the fore again in the Lions win over Australia on Saturday when Australia openside George Smith was brought back on despite obviously being groggy after a clash of heads with Lions’ hooker Richard Hibbard early in the match.

The incident caused significant disquiet among ex-players, commentators and fans, with many taking to social media to voice their concerns.

If George Smith wasn't concussed I am a consultant physician. Head injuries are too important to play around with - whatever the game.

In an e-mail seen by RTÉ Sport, O’Driscoll contacted IRB CEO Brett Gosper - who became CEO after O’Driscoll had left the organisation - to repeat his call for the IRB to change their approach.

In that e-mail he wrote: "My views on suspected concussion in rugby are well known and documented within the IRB. They were the reason for my resignation. The five-minute assessment of a player who has demonstrated distinct signs of concussion for 60 to 90 seconds and usually longer, is totally discredited.

"There is no scientific, medical or rugby basis for the safety of this process. This experiment, which is employed by no other sport in the world, is returning the player to what is an extremely brutal arena."

I'm not sure George Smith knows where he is or what's going on at the mo!

Speaking to RTÉ Sport last night, O’Driscoll added: "He was plainly concussed and we all know now that it is potentially very dangerous - short, medium and long term - for a concussed player to go back on."

O’Driscoll believes that the advice of the World Conference on Concussion in Sport, which has unanimously recommended that there should be no return to play on the same day of a suspected concussion, should be the template on which rugby bases its approach.

The same Conference also recommends that a graded seven-day assessment should be undertaken after a concussion.

O'Driscoll added: "That is as good as we can do it - so that the minimum is a week and often it will be much longer. That is the opinion of all the experts.

"There is huge research and, unfortunately, it is showing that concussion is much more dangerous than we thought it was. Any cognitive or physical effect (should mean) you put a return to play off. Nobody in the world does a five-minute assessment apart from rugby." 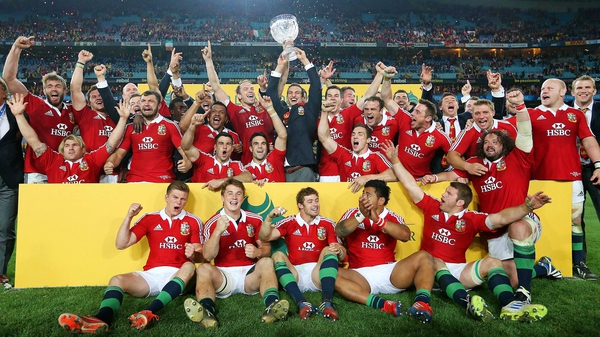