British and Irish Lions captain Sam Warburton is to undergo a scan later today after injuring his hamstring during the 16-15 second Test defeat against Australia in Melbourne.

The Wales flanker limped off 13 minutes from time as Australia gained a dramatic series-levelling victory to set up a decider in Sydney next Saturday.

The Lions announced that Warburton will remain in Melbourne today for the scan.

He will then join up tomorrow with the rest of the squad, who will now decamp to the Queensland surfers' resort of Noosa until Thursday.

Warburton reported immediately after the game that he had "a sore hamstring" and at this stage, he must be rated a doubt for the Sydney showdown.

The Lions are also hoping that Jamie Roberts and Alex Corbisiero will return to full training on Wednesday.

Roberts, the Wales centre, has yet to play in the Test series because of a hamstring problem, while England prop Corbisiero suffered a calf injury in the opener at Suncorp Stadium.

"There are a few boys training tomorrow and they will go hard. The rest of the squad have a couple of days off and we'll train on Wednesday and Thursday," assistant coach Andy Farrell said.

"People like Alex Corbisiero and Jamie Roberts will go hard tomorrow and hopefully be right for full training on Wednesday." 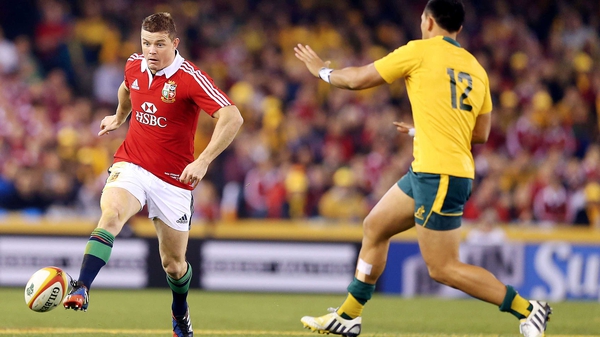