Brian O'Driscoll believes Australia captain James Horwill is "a lucky boy" after he was cleared to play the second Test against the British and Irish Lions as his citing for stamping was dismissed.

Lock Horwill faced a disciplinary hearing for an incident involving Alun-Wyn Jones in the third minute of the Lions' 23-21 victory at Suncorp Stadium last Saturday.

The 28-year-old combative second row was cleared by the panel following a hearing which lasted almost four hours over the incident which left Jones needing stitches.

"He's a lucky boy. He knows it himself," O'Driscoll said of Horwill.

"Whether it was intentional or not there's only one person who knows that."

Centre O'Driscoll, who is playing on his fourth Lions tour, insists the decision to clear Horwill has not changed the way Warren Gatland's side will prepare for the all-important second Test, where a win would clinch their first series win since 1997.

"You get these rulings on occasion and you get the rub of the green but it doesn't change our attitude," he told HSBC's Lions Weekly.

"We want to go out and play the best Aussie team that we can do and he's definitely part of that." 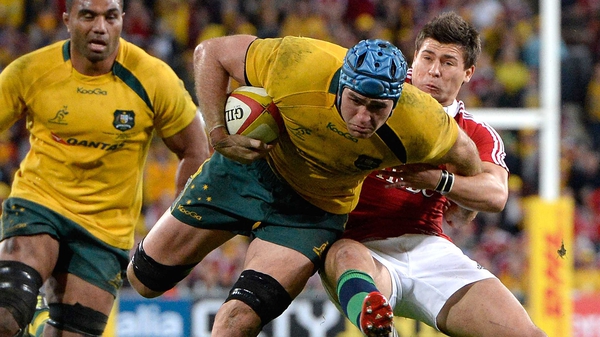 James Horwill cleared to play next Test for Australia