British and Irish Lions captain Sam Warburton declared it "half a job done" after his team nicked a 23-21 victory over Australia in Brisbane when Kurtley Beale missed a penalty in the final moments of the game.

The Lions' performance was highlighted by an outstanding try from George North but there were plenty of nervous moments, with Beale missing not one but two penalty kicks in the final few minutes as the Lions clung to a two-point lead.

"That was entertaining, that's for sure," Warburton said on Sky Sports 1.

"It was too close for comfort and the last 20 minutes were really hard. You have to give it to Australia, they went all the way and we'll expect a lot more in the next two Test matches. It's half a job done."

"We probably should have lost, conceding those two penalties, you felt we didn't deserve it" - Brian O'Driscoll

Hearts were in mouths when Beale lined up a penalty from long range in the dying seconds, but he slipped as he kicked and the ball fell short of its target as Lions celebrations began.

"It was like with Wales all over again," said Warburton. "It's out of your control when there's a kick to the other team in the last minute.

"There's massive delight to get the first win and get some momentum, and to get the ball rolling.

Australia struck first with Israel Folau crossing the line after a superb move from Will Genia but the Lions kept plugging away and the kicking of Leigh Halfpenny before North's moment of brilliance put them on top.

"They came out very well in the first 20 minutes which is what we expected," Warburton said.

"It was a very quick first 20 minutes but weathered the storm and put points on the board, and then it was to and fro.

"The sides are pretty even and that showed there as it went down to the last 10 seconds."

North's moment of magic came when he gathered Berrick Barnes' kick 10 metres inside his own half, and then set off on a remarkable run that saw him beat three defenders before showboating in Genia's face and touching down for one of the great Lions tries.

"I think it's called panic running," the Scarlets winger said. "It was just a case of run, run, run and run and hopefully the gaps will open."

Momentum continued to go this way and that, and Lions coach Warren Gatland admitted his team needed to do a better job of game management. 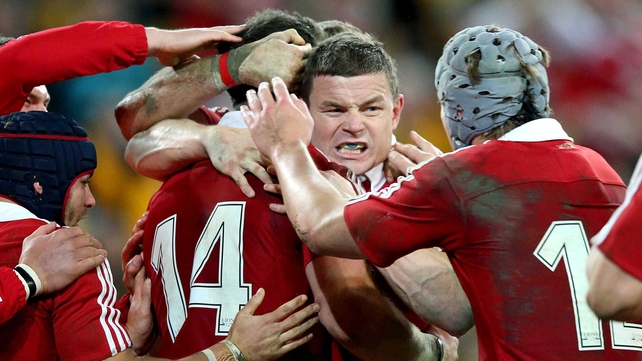 "It was a tough game," he said. "In the first half we didn't scrum well and that was disappointing.

"It was poor game management. We've gone in front but then given away soft three-pointers and given them a chance to get back in it.

"It shows how close the series is going to be, but at least we'll be here to the last day now. I'm pretty happy. It could have gone either way but we'll take that.

"We've got some things to work on, but I'm really happy with the result."

Gatland has suffered plenty of heartache and frustration against Australia in the past, and thought it was happening again when Beale lined up the final penalty kick.

"I thought, 'This can't happen again'," he said. "It's happened to me the last four times with Australia, always in the last minute or so, so you need one of those to go your way."

For Brian O'Driscoll, it was a rare success - only his second Lions Test win in seven attempts.

"It feels strange," he said.

"Hearts were in mouths at the end obviously, and we probably should have lost, conceding those two penalties, you felt we didn't deserve it.

"But we didn't get much luck in the game, a lot of deflected kicks and kicks that went askew went into their arms, so maybe we got our luck at the end." 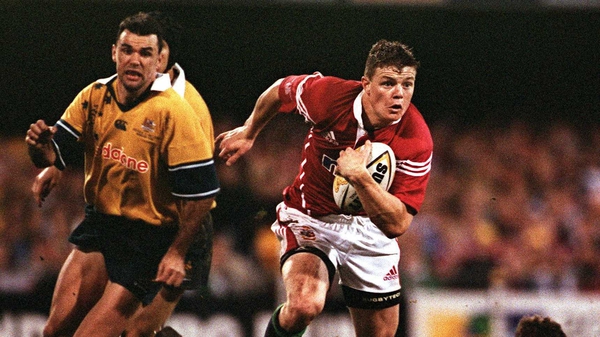 As it happened: Australia 21-23 Lions