Jonathan Sexton has told RTÉ Sport that he knew nothing of Ronan O’Gara’s move to Racing Metro where he will work as kicking coach for the Parisian club.

Sexton will join Racing's playing roster next season, and the move by the club's owner Jacky Lorenzetti to sign up Sexton's former rival for the Ireland number ten jersey has taken the rugby public by surprise.

When asked by RTÉ's Gary Moran if O'Gara's move to France was a surprise to Sexton, the St Mary's clubman replied: “Yeah, obviously, I thought he’d go for another season with Munster.

"I thought they’d want to hold on to him. But if he does come over with me it will be great."

The future Racing out-half went on to speak glowingly about O'Gara and their friendship, as well as stating that he felt O'Gara's presence in Paris could be of benefit to him.

“[O'Gara will be] someone to help me settle in and someone I can fall back on who has a lot of experience," said Sexton. 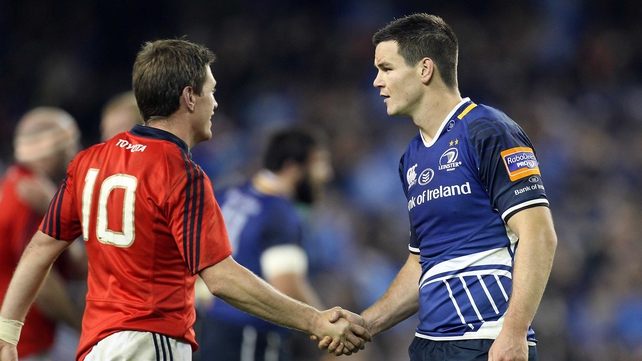 “I don’t know what his role exactly is, we’ll have to sit down and have a talk.

"Obviously we didn’t get off on the best note, but we’ve had a really strong relationship and I really look forward to working with him.”

Extract from an interview with Gary Moran. Edited by Tadhg Peavoy.