Declan Kidney's tenure as Ireland head coach has come to an end.

The IRFU announced this afternoon that it would not be renewing his contract - Les Kiss will take charge of the summer tour to North America.

Kidney's contract was due to expire on 30 June but the IRFU issued a statement this afternoon saying that his role as head coach ceases today.

IRFU chief executive Philip Browne said: "We would like to sincerely thank Declan for his commitment to Irish Rugby.

"His contribution and involvement across the spectrum of Irish rugby delivered Under Age, Provincial, Grand Slam and Triple Crown success, and epitomises his passion, belief and commitment to the game.

"With a host of new and emerging talent at every level, and despite the clear challenges ahead, we are confident of securing another world-class coach to work with this talented and ambitious group of players.”

The IRFU said the decision was made after a in-depth review carried out by the National Team Review Group.

The group will now begin the process of "identifying suitable candidates" for the job. The former Munster coach was appointed to the job in May 2008 and in his first full year in charge led Ireland to their first Grand Slam since 1948.

However, since that historic campaign Ireland failed to make an impact on the big stage.

The injury-ravaged side finished in fifth place in this year's Six Nations championship, recording just a solitary win, against eventual champions Wales, and a draw with France, putting the 53-year-old's position under scrutiny.

Ireland play the USA on 8 June and Canada a week later.

Former assistant coach Kiss will take charge as interim head coach and will be assisted by Gert Smal and Anthony Foley. 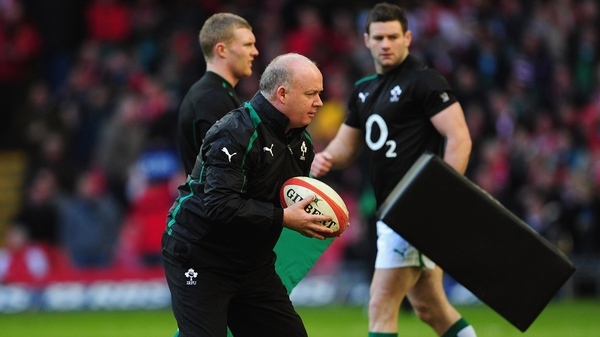