Following excellent rehab under the care of the Munster medical and strength and conditioning team, Simon Zebo is in the frame for consideration for the Heineken Cup quarter-final against Harlequins.

The international wing took an active part in training on Wednesday though a spokesperson said that it's how he comes through the sessions next week that will determine his availability.

Others on the injury list include Sean Dougall who damaged knee (left) ligaments in the game against Connacht last weekend that will see him sidelined for up to six weeks while Luke O’Dea is expected to be out for a further three to four weeks following a wrist injury in the A game against Leinster.

Dave O’Callaghan returns to action for his club at the weekend and internationals Peter O’Mahony, Conor Murray and Donnacha Ryan are all expected to sign in for Munster’s squad training session in UL on Easter Monday ahead of the trip to London on Friday, 5 April.

Coach Rob Penney has named the Munster XV that will face Glasgow at Scotstoun in the RaboDirect Pro 12 on Friday evening.

In the back line Johne Murphy comes onto the wing in place of the injured Denis Hurley while this time around Duncan Williams starts with Cathal Sheridan on the bench. Hurley tweaked a hamstring in the Connacht game and didn’t feel entirely happy with it after the Tuesday training session.

In the pack, changes from last day see Mike Sherry and BJ Botha ahead of Damien Varley and Stephen Archer respectively with Paddy Butler into the back row for the injured (knee) Sean Dougall 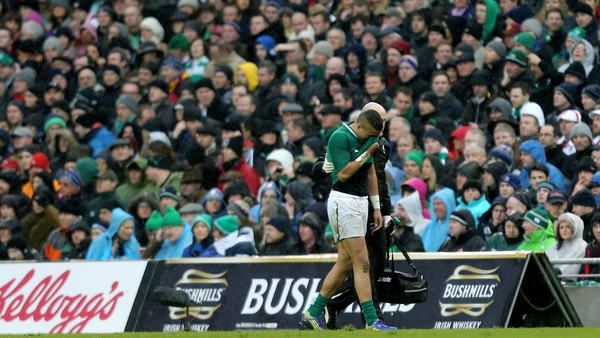 Simon Zebo ruled out for up to ten weeks