Connacht put away a disappointing Dragons side, 30-11, at the Sportsground as they halted a run of four straight RaboDirect PRO12 defeats.

Although they failed to garner a likely bonus point in the final quarter, a penalty try and efforts from George Naoupu and Danie Poolman had already confirmed the province's dominance.

Connacht fly-half Dan Parks stamped his mark on a scrappy game with a 15-point contribution, while replacement Jonathan Evans scored a late consolation try for the Dragons to add to Tom Prydie's brace of penalties.

Eric Elwood's men played with great ambition and purpose in the opening half-hour and were clearly determined to bounce back from earning just a losing bonus point over their two-match festive programme.

The Dragons leaked a succession of early penalties, inviting the hosts forward and Parks popped over two kicks in the opening eight minutes.

Little was seen of the likes of Tonderai Chavhanga and Andy Tuilagi in attack for the Dragons, and Prydie missed his first shot at the posts on the quarter-hour.

Parks went short from the restart, dropping the ball straight into the arms of Fetu'u Vainikolo who rampaged away from a succession of defenders.

Connacht continued to attack aggressively, with Mike McCarthy next to make an incision.

It led to a close-in scrum and with the Dragons forced to infringe, referee Andrew McMenemy awarded a penalty try.

Parks converted and was then the instigator for Connacht's second try in the 27th minute.

David McSharry's terrific line saw him burst onto Parks' flat pass and the centre's offload was scooped up by Naoupu to finish off the move.

Parks added the conversion for a 20-0 lead and some suspect tackling from the Welsh region allowed winger Poolman to stretch his legs, opening up another opportunity for the hosts.

The momentum though was broken up by an injury to number 8 Naoupu, who was stretchered off, and the Dragons came back into it with Hallam Amos running well from full-back.

Prydie landed two penalties either side of the interval, with Lewis Robling missing a long-range effort with the last kick of the first half.

The game had become a stop-start affair but Connacht wrested back control with a smashing third try, stringing together a slick cross-field counter attack which ended with man-of-the-match McSharry drawing a defender to put Poolman over.

The South African's third try in six league starts was converted by Parks, who soon rewarded more hard grind from the pack with a drop goal from a tight angle.

Connacht had 20 minutes to aim for the bonus point, but handling errors and indecision blighted their play in the closing stages.

Instead, the Dragons, with Toby Faletau a constant driving force, salvaged some pride with a late unconverted try from 20-year-old scrum-half Evans - his first in the league. 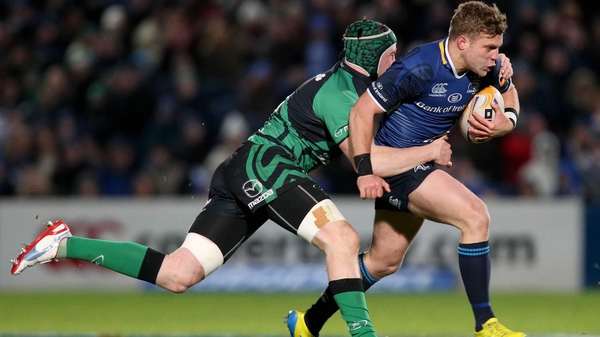