Leinster head coach Joe Schmidt has indicated that Brian O’Driscoll, Rob Kearney and Luke Fitzgerald may be in line for a return to action against Edinburgh in the RaboDirect PRO12 on 4 January.

The Lions trio are all long-term injury absentees and their return would be a timely boost for the Dublin 4-based team as they face into rounds 5 and 6 of the Heineken Cup, with their quarter-final qualification hopes seemingly dependent on recording two bonus-point victories over Scarlets and Exeter Chiefs in Pool 5.

Speaking to RTÉ Sport at the Leopardstown Christmas Festival, Schmidt said: “We’d be confident of Brian O’Driscoll, Rob Kearney and Luke Fitzgerald getting back for Edinburgh. 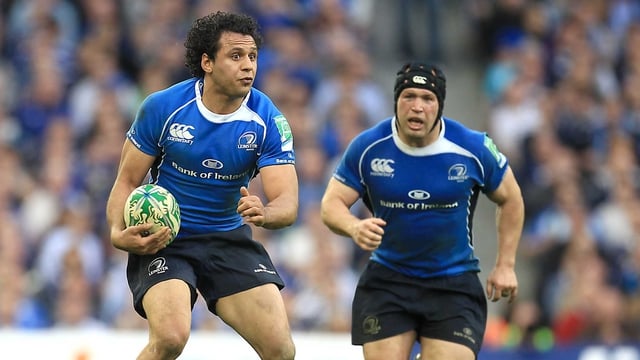 “That will hopefully give us a run in to the Scarlets game.”

Leinster face Scarlets on 12 January in their crucial Heineken Cup round 5 match.

Centre O'Driscoll hasn't played for Leinster since October, when he injured ankle ligaments playing against Cardiff Blues. He has since undergone surgery to rectify the problem.

Kearney has only played 32 minutes of rugby this season due to a persistent back problem, and the fullback has also undergone surgery in a bid to be fit for the remainder of the season.

Utility back Fitzgerald has not played since last season due to a neck injury, and like his two team-mates, he also went under the knife in a bid to put an end to the problem.

Strauss injured his knee in Leinster's round 4 Heineken Cup clash with Clermont, but the damage was not serious, and the hooker is also apparently close to a quick return.

Back-three player Nacewa missed the recent defeat to Ulster with deep bruising in his arm, but that appears to be healing swiftly.