Leinster captain Leo Cullen, who is in line to make his 100th league appearance in his next outing for his home province, believes that his squad are facing into an exciting, but season defining few weeks, starting with the visit of Connacht in the RaboDirect PRO12 on Saturday.

Speaking ahead of this weekend's clash with the Westerners, Cullen emphasised the need for his team to cut down their penalty count, saying: “From our perspective we have to try and build some momentum coming into a busy next few weeks which will go a long way to defining the rest of the season.

“We need some big results and we need to try and get some more rhythm to our play.

"Against Clermont in the Aviva we gave away too many kickable penalties and [Morgan] Parra kicked seven out of eight of them.

"Then against Ulster Paddy Jackson missed a few fairly kickable shots at goal, but Ruan Pienaar stepped up and kicked well.

“And this weekend Dan Parks will punish any penalties we give away because he has such a high kicking percentage and has proven himself time and again over the years.

"So we need to be more careful about giving quality sides easy opportunities to keep the scoreboard ticking over. These kinds of games are won and lost over the finest of margins."

Leinster were beaten 34-6 by Connacht in the Sportsground earlier in the season and Cullen believes there are plenty of lessons to be learned from that defeat.

He said: “We learned a few harsh lessons over in the Sportsground last time out against Connacht.

"I acted as waterboy that day and it was tough watching from the sidelines.

"They brought greater physicality to the game and they dominated us in that regard in Galway. We can’t allow them to have that kind of an upper hand again."

The Leinster captain has outlined his desires for his team in 2013, saying: “So as 2012 draws to a close and we move into a new year, it’s still all to play for.

"My first wish is that we get a few more points on the board. When we get a few more bodies on the deck that will boost competition for places because we’ve been disrupted through the first half of the season and we have lacked a bit of fluency thus far.

“Ulster are racing clear at the top of the table and they’re going to be very hard to rein in, so we need to dig deep to get back into the top four.

"Then we travel to Edinburgh in the PRO12 before facing Scarlets at home in Europe and then travel to Exeter Chiefs where they have a great record at home.

“By the end of January we’ll know our fate and we have a bit of ground to catch up on. And, for us, that process starts this weekend.” 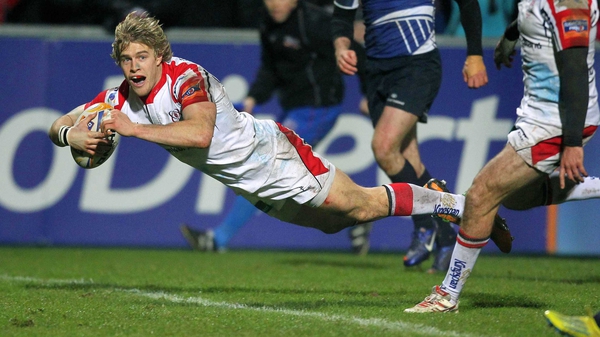