Ireland captain Brian O'Driscoll is back in training with Leinster following ankle surgery.

The 33-year-old missed the autumn internationals but will now hope to be back in contention when his country begin their RBS 6 Nations campaign against Wales on 2 February.

Both backs also missed the autumn internationals, Kearney with a back injury while Fitzgerald has been out of action for much of this year with a neck problem.

"Brian is out there for his first onfield session and Rob Kearney is due out on the pitch next week," Schmidt told the Irish Independent.

"Luke is back on the pitch a while and we're looking at either the home game against Connacht at the RDS on 29 December or for the Edinburgh match away at Murrayfield the following week."

The trio's availability for the Six Nations would be a huge boost to national team coach Declan Kidney, particularly with wing Tommy Bowe ruled out. 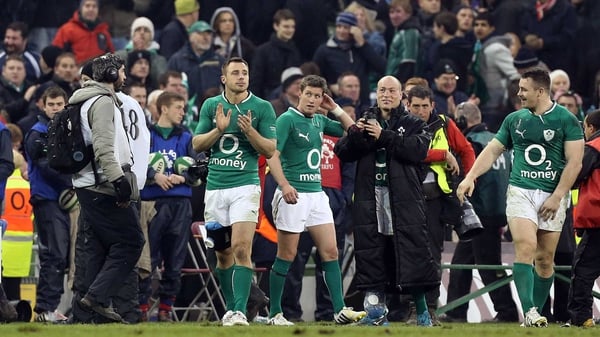