Connacht have responded to comments made by Leinster coach Joe Schmidt regarding the Westerners' displeasure at the impending switch of Mike McCarthy between the provinces.

Earlier today, Schmidt contradicted Connacht claims that Leinster has persistently targeted thier best players. McCarthy will join Leinster at the end of the current season.

Schmidt said he was "disappointed in the way that misinformation has been passed around" and said Leinster "abided by all protocols" of the IRFU.

Connacht CEO Sears has since responded, reiterating his belief that Leinster's actions are detrimental to Irish rugby, and that the IRFU are considering reviewing the protocols Schmidt noted.

Sears' statement read: "We have the utmost respect for Joe Schmidt and what he has achieved at Leinster. Joe is perfectly entitled to his views and we wouldn't expect him to say anything else. It is interesting to note that he sees these actions as good for Irish rugby.

"We would take a very different view that the constant targeting of our senior players, if allowed to continue, will have a detrimental effect on the IRFU's desire to see four strong provinces representing Irish rugby and producing players for the national squad.

"Regarding comments made on the protocols to approach players from another province, we do not believe the protocols are sufficient or serve Irish rugby well and I know the IRFU have recently discussed reviewing these in the near future."

There will be full live coverage of Biarritz v Connacht on a specially extended Sport at Seven on RTÉ Radio 1 on Friday 14 December from 7pm.

There will be full live coverage of Saracens v Munster on Sunday Sport on RTÉ Radio 1 on Sunday 16 December from 2pm. 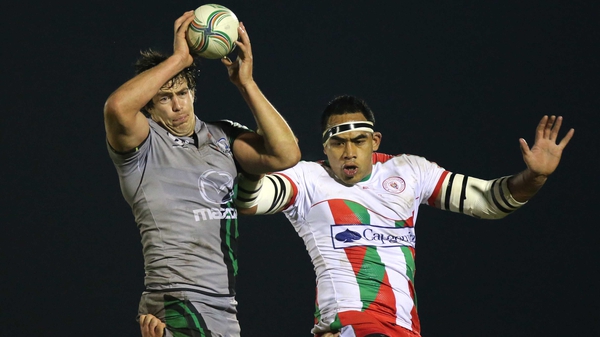 Joe Schmidt - We abided by all protocols