London Irish scrum-half Tomás O'Leary is unlikely to play again this season because of a serious back problem.

The Aviva Premiership club announced that 29-year-old O'Leary has undergone surgery to his lower back for what they describe as a "degenerative pre-existing injury" that has deteriorated this term.

In a statement, Irish said: "Tomas has been unavailable for selection since his last appearance for London Irish against Harlequins on 28 October.

"He now faces a four to six months lay-off."

O'Leary, who has won 24 caps for Ireland, joined London Irish on a three-year contract at the start of this season from Munster.

He was selected to tour South Africa with the 2009 British and Irish Lions.

But he suffered a broken ankle while playing for Munster against the Scarlets just a month before the three-Test trip, and was then ruled out of the tour.

This latest injury will also rule O'Leary out of inclusion in the Ireland squad for the upcoming Six Nations. 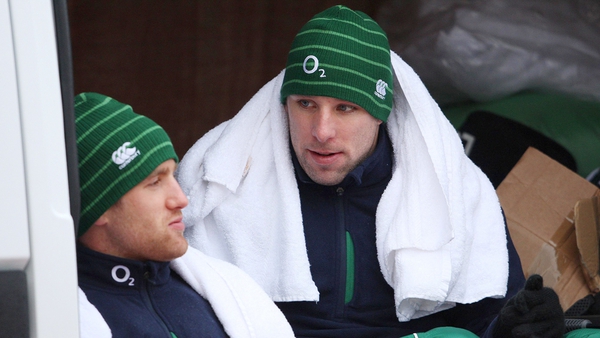 Fitzgerald and O'Leary miss out on World Cup