New Zealand fly half Dan Carter has been named the IRB Player of the Year for 2012.

It is the second time the All Blacks star has won the award, the 30-year-old having received the honour back in 2005 and therefore becomes the only player other than his captain Richie McCaw to have received the prestigious Award more than once.

Carter edged out McCaw, England fly half Owen Farrell and France fly half Frédéric Michalak for the Award in one of the most closely fought battles in a year of high-calibre performances on the international stage.

The accolade completes a hat-trick of awards for New Zealand, as the All Blacks were named IRB Team of the Year for the sixth time and Steve Hansen the IRB Coach of the Year at the Rugby World Cup 2015 Pool Allocation Draw in London on Monday.

After an eight-year apprenticeship as Graham Henry’s assistant, Hansen has seamlessly stepped up to the role of head coach and arguably taken the All Blacks on to even greater heights.

Under his command New Zealand were unbeaten in the calendar year until a 38-21 loss to England at Twickenham on Saturday, a result which brought to an end their 20-match unbeaten run. In this time the All Blacks claimed the Bledisloe Cup for the 10th consecutive year on their way to the inaugural Rugby Championship title.

“The prestigious IRB Player, Coach and Team of the Year Awards fittingly bring the curtain down on the international rugby year and what a year it has been. Argentina's entry into The Rugby Championship, a return to traditional tours in June and an expanded Tier Two competition calendar in November,” said Lapasset.

“New Zealand have again been the stand out team of the year with their 20-match unbeaten run and thoroughly deserve the IRB Team of the Year Award along with Steve Hansen as IRB Coach of the Year for his feats in keeping a Rugby World Cup winning-team winning.”

“Dan Carter has bounced back from the disappointment of missing the majority of the World Cup through injury to show what a truly magnificent player he is and a wonderful ambassador for our sport. Winning this Award for the second time reflects his sheer talent and ability.”

The IRB Player of the Year Award is selected by the IRB Awards independent panel of judges, comprising former internationals with more than 500 Test caps between them. 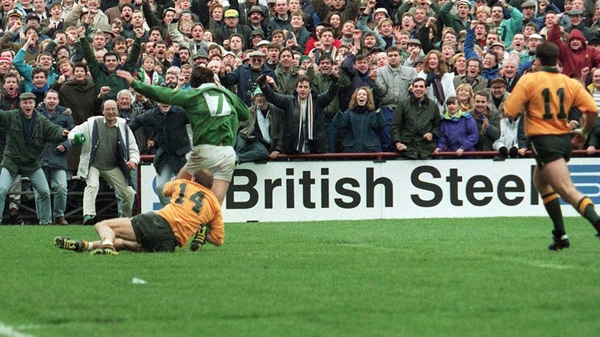