Paul O'Connell and Stephen Ferris have both been ruled out of the remainder of Ireland’s autumn international clashes.

Both players missed Ireland’s 16-12 defeat to South Africa at Aviva Stadium on Saturday, and O’Connell’s back injury and Ferris’ ankle ligament strain will keep them out for the rest of the autumn internationals, with Declan Kidney’s men facing Fiji on 10 November and Argentina on 24 November.

The clash against Argentina at Aviva Stadium is of particular importance with Ireland dropping to eighth in the world rankings following Saturday’s defeat; they lie one place behind Argentina.

Staying in the top eight guarantees that only one team ahead of Ireland will be in their World Cup group. A drop of one place to ninth would change that status.

Eoin Reddan is a doubt for the non-Test clash with Fiji at Thomond Park this Saturday. 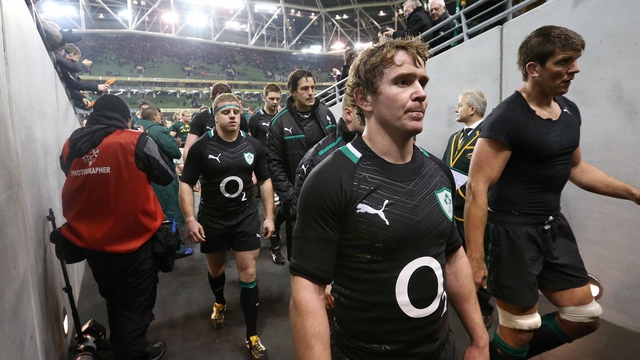 The Leinster scrum-half will undergo a scan on an ankle injury picked up in the defeat by South Africa.

But the news on Donnacha Ryan and Cian Healy is good. Both forwards took knocks to the head in the game on Saturday, but both have been given the all clear to resume training this week.