Manager Nigel Carolan has bolstered the Connacht academy to 18 with the addition of four new players.

19-year-old Darragh Leader joins following his first competitive start for the province last week against Ospreys at full-back. Leader has represented Ireland at U19 level and is currently with the Ireland U20 squad.

Another recruit to the backs is 20-year-old Steve Macauley, who has appeared with the Eagles this season in both B&I Cup fixtures. The Young Munster player has represented Ireland at U18 Schools level.

Scrum half Marcus Walsh played with the Connacht U20s last season before being contracted to the academy.

The former Blackrock College schoolboy has been a predominant fixture in all Connacht Eagles games this season and has also represented Ireland at U18 Schools level.

Up front, 20-year-old Peter Reilly joins as tighthead prop. The 6ft, 113kg front rower was part of the Ireland U20 squad that recorded a highest ever fifth place in the 2012 IRB Junior World Championship last summer. 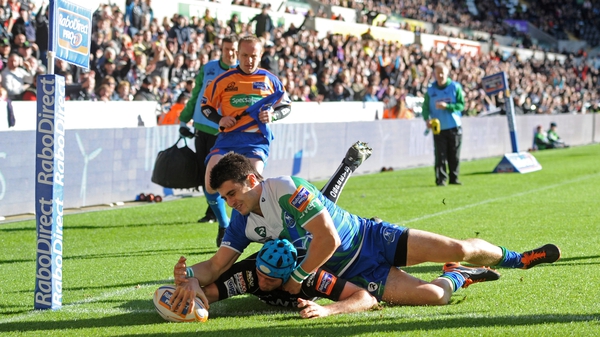