Paul O'Connell has admitted he is likely to step down as Munster captain after six years leading the province.

The 32-year-old second row was at the launch of the 2012-13 RaboDirect Pro12 in Glasgow yesterday and spoke candidly when asked about the captaincy.

He said in the Irish Examiner: "I really enjoyed doing it. I've done it for six years now. It’s something I thoroughly enjoyed, probably not as much in the first few years as I did in the last few years, but I think it might be time for a change at Munster.

"I've done it for a long time, Rob (Penney) is coming in as a new coach and it might be a time for change, but it’s undecided at the moment. We might take another week or so to figure of what we’re going to do, so we’ll see what happens."

O'Connell, who is recovering from a serious knee injury, admitted that without the captaincy he would have more time to concentrate on his own game saying: "When you’re captain, at times you are keeping an eye on everything else and maybe not keeping an eye on yourself as much as you’d like to."

"I've had six years of it now, I thoroughly enjoyed it and I loved doing it but it might be time for change and for someone else to take it on."

New head coach Penney added: "Paul is a magnificent leader in his own right and a magnificent man and a critical member of Irish and Munster rugby.

"We haven’t confirmed our captain as yet and that process is ongoing." 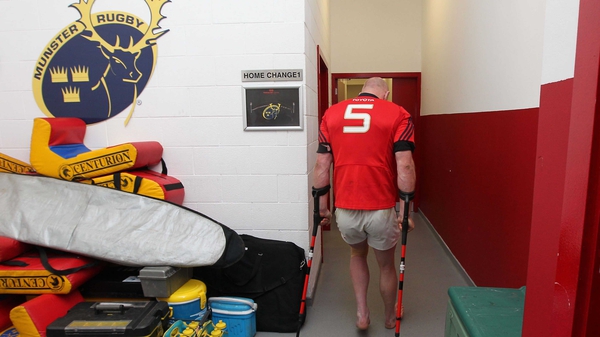