Aaron Cruden feels the new-found confidence he has in his game means the team will not miss the presence of the injured Dan Carter as keenly as anticipated.

The 23-year-old will don Carter's number 10 jersey for the third and final Test match against Ireland on his home ground on Saturday.

Cruden has enjoyed a stellar Super Rugby season with the league-leading Chiefs and will be cheered on by a partisan crowd at Waikato Stadium.

He feels his performances at last year's World Cup have led to an all-round improvement to his game.

He said: "Last year I felt that I was playing some decent footie, then obviously I missed out on the initial World Cup squad.

"The coaches told me to keep with it because if there were injuries I might get a call in and, fortunately for me, I was able to come in and gain a lot of confidence by the end. It gave me that push that I needed and I was able to continue that form this season."

He added: I've been happy with how things are going but I know that I can be a lot better as well."

With a lot of new faces in this season's Chiefs team, such as Brodie Retallick and Sam Cane, Cruden has emerged as a fresh-faced leader.

"We set some really high standards for ourselves this season and we probably have shocked a few people," he said. "We always knew, as a group, that we had the potential. We just had to put it out on the field."

The Palmerston North native featured as a second-half replacement in the All Blacks' 42-10 win at Eden Park but saw no game time last Saturday as Carter held his nerve to kick the winning drop goal in the final minute.

Team selector Grant Fox, a former All Blacks number 10 and a World Cup winner in 1987, is confident in Cruden's abilities to step up against an Irish team who will be eager to finish their summer tour on a high.

He said: "We all thought, for a long time, that without Dan and Richie (McCaw) we can't win. Last year we proved that wrong.

"We lost Dan and Richie was playing, basically, with a broken foot. We actually proved something and (winning the World Cup) was great for the team's self-belief.

"Now you've got a guy like Aaron that has grown and you would have absolute confidence that Aaron, going into that match, would be a pretty seamless transition."

Cruden agrees with Fox's assessment that there is a genuine depth of talent in New Zealand rugby at present.

He said: "Losing players (before the series) like Cory Jane and Richard Kahui was bad, as they were World Cup stars only last year, but it gives a young guy, someone like Julian Savea, a chance to come in and stake a claim. He has certainly done that."

He added: "We know (facing) the Irish is a great challenge and we have to be on our game. It will be a great physical battle and we know they are going to throw everything at us.

"We have to be sure that we stick with the right game-plan and the right mental attitude come game time." 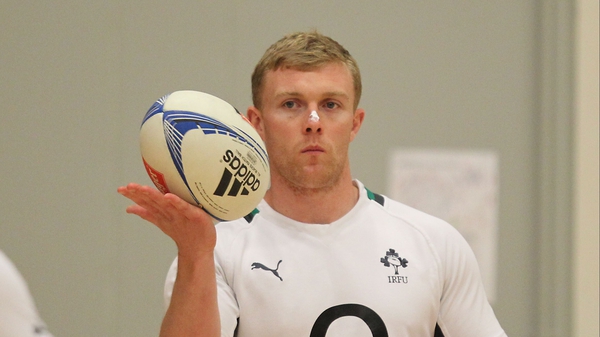