Cardiff Blues have confirmed they have sacked Gavin Henson following his drunken behaviour on a flight back from Glasgow on Saturday morning.

The Blues announced that Henson, 30, had been suspended on Saturday evening for his antics in the wake of their 31-3 RaboDirect PRO12 defeat to Glasgow.

Henson apologised for his behaviour, saying he was "truly embarrassed" but he has been dismissed with immediate effect following a meeting of the Blues management this morning.

Blues chief executive Richard Holland said in a club statement: "The Cardiff Blues management have discussed the matter at length but have acted swiftly since the incident occurred on Saturday morning.

"Gavin admitted himself that his behaviour was totally unacceptable and the immediate termination of his contract sends out a clear message that behaviour like that will not be tolerated at the Blues.

"We have a duty to our supporters and sponsors to protect the good name of Cardiff Blues and those associated with our brand.

"Gavin Henson is obviously a talented rugby player and it's unfortunate that his career at the Blues has ended this way.

"However, we would like to thank him for his service and wish him the best of luck with his future career."

The Cardiff Blues play Leinster on Saturday in the Heineken Cup quarter-final (kick-off 5.45) 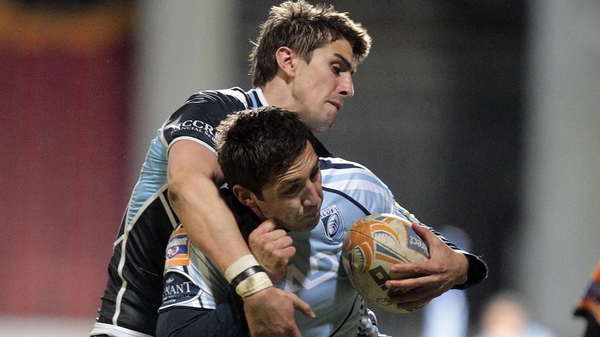