Munster and Ireland hooker Jerry Flannery has announced his retirement from all rugby with immediate effect, while Tomás O’Leary is to leave the province for the Aviva Premiership club London Irish.

Grand Slam and two-time Heineken Cup winner Flannery announced the decision before Munster training at the University of Limerick this morning.

O’Leary, who was recently linked with French Top 14 club Perpignan, is to join London Irish on a three-year deal at the end of the season.

Conor Murray has been the number one scrum-half at Munster this season, while Duncan Williams recently signed a contract extension with Munster and Peter Stringer is due to return in May.

Despite missing out on selection in Ireland’s last Rugby World Cup squad, O'Leary was called up for the final two games in the RBS 6 Nations by head coach Declan Kidney after an injury to Murray.

He had 30-minute appearances off the bench in the win over Scotland and last Saturday's heavy defeat to England. A Munster statement later said that he had accepted the offer of a move to Perpignan only for it to fall through. According to Munster, this: "left him in a state of rugby limbo, albeit for a very short time". London Irish ten stepped in with an office.

Flannery's announcement brings an end to a highly decorated and successful career.

Capped 41 times by Ireland, the 33-year-old was a member of the Rugby World Cup squad that travelled to New Zealand five months ago but had to return home after a calf injury flared up.

The injury has troubled the player for two years. He rehabilitated from that but has struggled with a back problem this season.

Known for his superb lineout throw and ball-carrying, the St Munchin's graduate and Shannon clubman joined Connacht in 2001 before moving to Munster in 2003.

He played in four of the five matches when Ireland won the RBS 6 Nations Grand Slam in 2009 and was also a key player in Munster’s Heineken Cup victories in 2006 and 2008.

He also won the Triple Crown with Ireland in 2006 and was a member of Ireland’s 2007 Rugby World Cup squad. He was also picked to tour South Africa with the Lions in 2009 only for injury to forced him to miss the trip.

He was also an influential member of Shannon's 2002 All-Ireland League winning side. He is the owner of a pub in Limerick.

Flannery told munsterrugby.ie: “I'm very sad to have to announce my immediate retirement from rugby due to injury. Since my injury at the 2011 World Cup, I've struggled to regain the level of fitness required to play at this level and after consulting with the medical staff at Munster and at Ireland I am announcing my retirement with immediate effect.

“I would like to thank all the medical staff who have worked so hard on my behalf and shown great patience in dealing with me. I feel incredibly privileged to have played with so many great players with Munster and with Ireland.

To train hard and win trophies for Munster and Ireland alongside some of my best friends has been an amazing experience.

“I'm incredibly grateful for all the opportunities rugby has given me to date and I would like to thank all my friends, family, coaches and teammates for their support along the way.

"Finally I would like to thank all the Munster and Irish rugby fans who I have been so proud to represent over the the course of my career, your level of support has been amazing and i can never thank you all enough. It's been emotional!"

Commenting on Flannery's decision, Munster Chief Executive Garrett Fitzgerald said: "I have known Jerry since his time playing rugby with St Munchin’s. At that stage, he was identified as a future Munster and Ireland player and he has delivered in no uncertain manner.

"His attitude and approach always meant that he was destined for success as was proven with his selection for the Lions in 2009, his contribution to Ireland's 2009 Grand Slam success and winning two Heineken Cup medals with Munster.

"An example to all young players in what hard work and dedication can achieve and more so in how he has remained positive through adversity when it would have been easy to seek pity.

"I know he will continue to contribute to rugby in Munster and I wish him well in his future career and business." 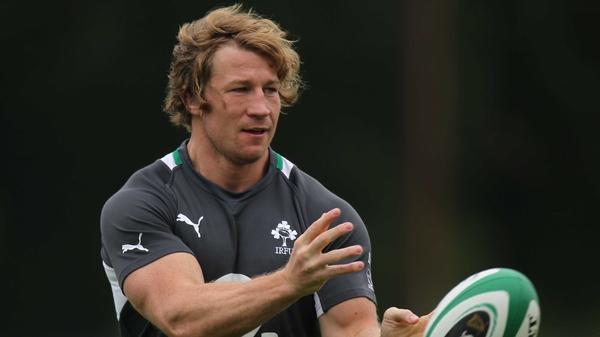 Flannery ruled out of the Rugby World Cup