Leinster and Ireland hooker John Fogarty has announced his immediate retirement from the game as a result of difficulties brought about by repeated concussions.

Fogarty won his only cap for Ireland as a late replacement against the All Blacks during last summer's tour.

He was also a member of Leinster's Heineken Cup winning squad having previously won a Celtic League with Munster. He also holds nine Ireland A caps, three as captain.

Leinster chief executive Mick Dawson commented: 'It is regrettable that both players are retiring due to injury.

'Both John and Ronan are immensely popular and talented individuals who each played a significant role in Leinster’s recent on-field success.

'John joined Leinster in 2008 and has been a key figure for our province since that time, with his consistent form culminating in his first Ireland call-up on this year’s summer tour to New Zealand.

'A Heineken Cup winner, John represented Munster, Connacht and Leinster playing 165 matches over a career which spanned a decade.

'Capped on nine occasions for Ireland A, Ronan was a key member of Leinster’s Heineken Cup and Magners League winning sides and was a consistent contributor during the 118 matches he amassed playing for Leinster, Connacht and Ulster.

'Ronan too can look back on his career with enormous pride and satisfaction.

'I would like to thank both players for their outstanding commitment, professionalism and service to the game of rugby in Ireland. Everybody in Leinster Rugby wishes both John and Ronan and their families well in their future.' 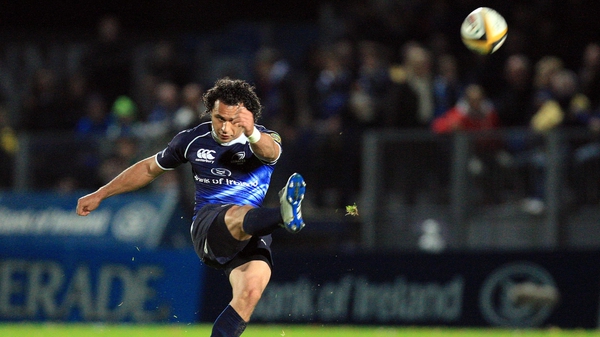