A brace of first-half tries helped Leinster extend their lead at the top of the Magners League with victory over former leaders Glasgow.

Centre Fergus McFadden collected 15 points with a try, two conversions and two penalties, while full-back Girvan Dempsey chipped in with the other try as Michael Cheika's side secured their eighth straight win in all competitions.

A try from Hefin O'Hare briefly nudged Glasgow ahead and while Leinster hit back to claim a 20-7 half-time lead, replacement Colin Gregor salvaged a losing bonus point for the visitors with a second-half try and conversion.

Having gone 3-0 down to a McFadden penalty, Glasgow responded well and although Ruaridh Jackson failed to convert a penalty chance, they took the lead by the quarter-hour mark.

Winger O'Hare caught a clearance from Paul O'Donoghue and launched a superb counter attack, side-stepping the Leinster cover on the way to the line. Jackson tagged on the conversion but Leinster seized control for the remainder of the opening half.

The unerring McFadden landed his second penalty to cut the deficit and then powered over for a 23rd-minute try following a neat offload from man of the match Isa Nacewa.

McFadden converted and a second try followed for the hosts on the stroke of half-time, with replacement Eoin Sheriff stealing a Warriors' lineout to launch a swift attack which ended with Dempsey crossing in the corner.

McFadden brilliantly converted to push the European champions 13 points ahead, and it turned out to be a crucial kick as the home side failed to score in the second period.

Missing a host of internationals, Leinster struggled to maintain their high standards and Glasgow, equally shorn of their frontline players, came more and more into the game.

They missed a couple of try-scoring chances before Gregor crashed over in the corner in the 67th minute and converted his try to make it a six-point game.

Leinster almost provided an immediate response when O'Donoghue fed Michael Keating but he was hauled down just metres short of the line. 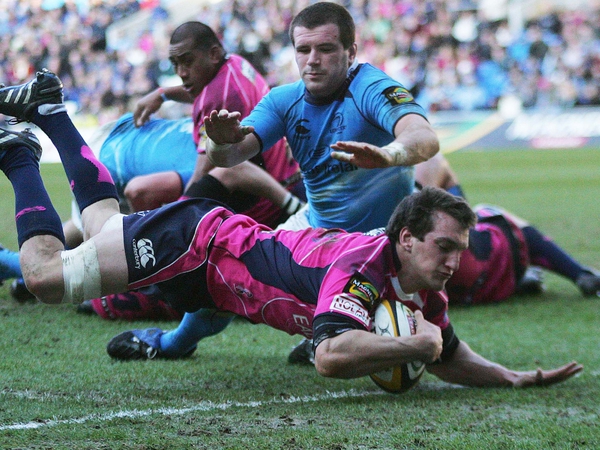