Magners League champions Leinster have provided seven of the competition's 'dream team', voted for by fans and key media across Ireland, Scotland and Wales.

All three Celtic Nations are represented and four players (Ben Blair, Shane Williams, Felipe Contepomi and Jamie Heaslip) have made the team for the second year running.

Leinster players occupy an impressive six spots in the pack, while Ulster's Tommy Bowe is also rewarded for a fine season with a place on the wing.

Welsh captain Ryan Jones said: ‘I am honoured to have been included in the Magners League Dream Team, the fact that it has been voted for by fans and media from all the countries makes it extra special.

'It's an honour to see my name alongside such quality players, the level of competition in the Magners League is increasing every year and I'm looking forward to the chance to regain our title from Leinster next year.'

Mike Blair added: ‘It's great for both Nick and I to have made the Magners League dream team, this has been Edinburgh's most successful season to date and illustrates just how competitive the Scottish teams have become.

'We are looking forward to building on this season and challenging for further honours in both the Magners League and Europe next year.' 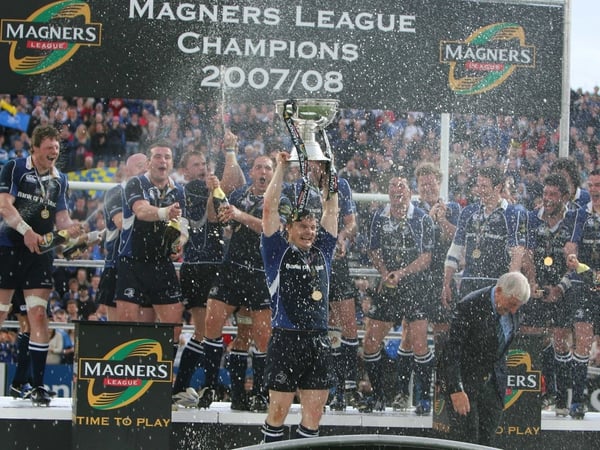